KABC
LOS ANGELES (KABC) -- A man and woman were arrested Sunday in connection to a deadly stabbing that happened in early November in downtown Los Angeles.

On Wednesday, Los Angeles police asked for the public's help to find the suspects involved in a robbery and fatal stabbing. A $50,000 reward was also offered.

The attack happened near 9th Street and Grand Avenue on Nov. 6. Authorities shared surveillance video that showed the attack and the suspects.

The suspect was seen in a Thrasher sweatshirt and was in the company of a woman wearing a black hat. They were last seen in a green Chevy Spark.

Authorities said an anonymous tip led them to Johnson and McKinley. 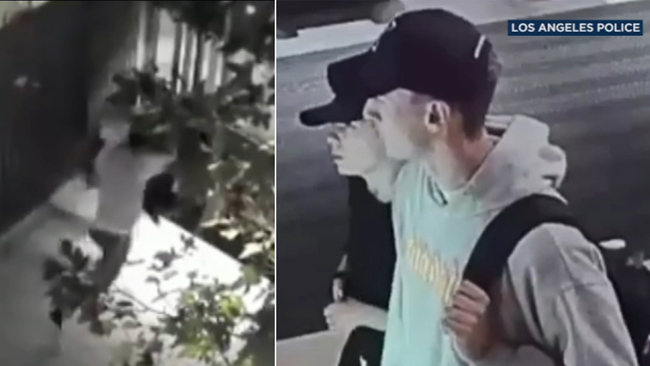