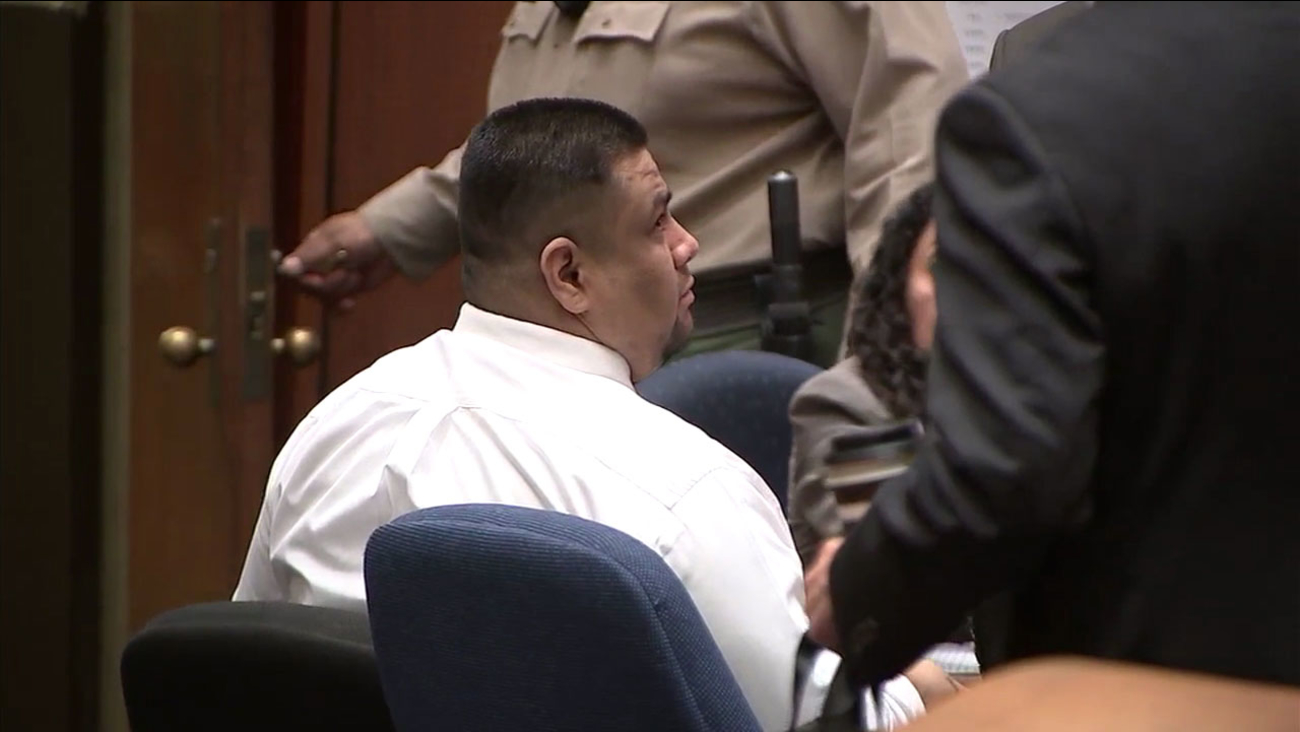 Isauro Aguirre is shown in court on Wednesday, Nov. 29, 2017, during the penalty phase of his trial. (KABC)