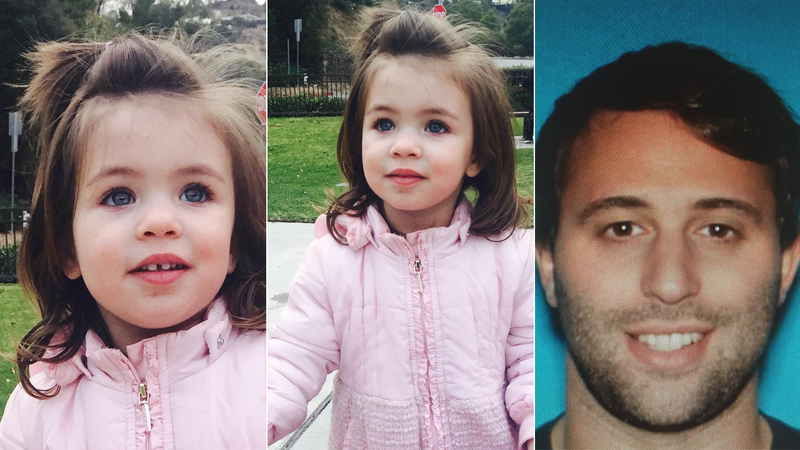 FAIRFAX DISTRICT, LOS ANGELES (KABC) -- Los Angeles police are asking for the public's help to find a 2-year-old girl who was allegedly abducted by her father during a supervised visit near The Grove in the Fairfax District on Christmas Eve.

Lucia Perry's father, 31-year-old Jack Perry, does not have custody. The person who was supervising the visit lost sight of the two in the 100 block of The Grove Drive at about 5 p.m.

Lucia's mother said Perry had threatened her in the past that he would take their daughter out of the country.

The last time Lucia and her father were seen was at a hotel in Beverly Hills, according to the LAPD.