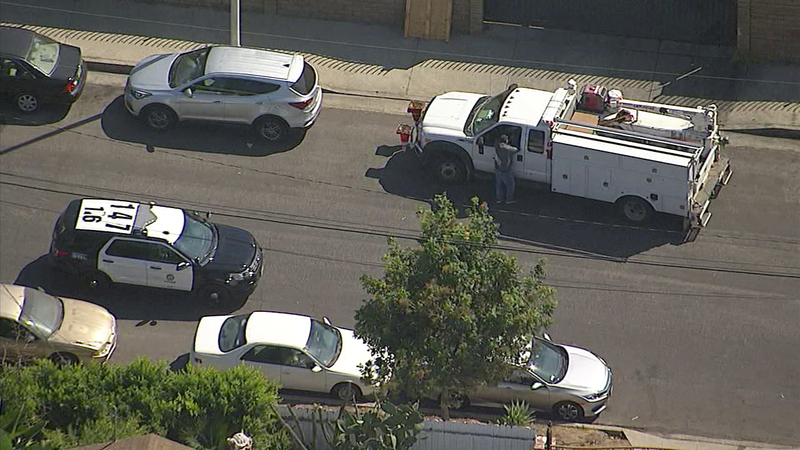 SUN VALLEY, LOS ANGELES (KABC) -- A Los Angeles Department of Water and Power worker was injured Friday morning in Sun Valley after someone opened fire on a DWP vehicle with a BB gun, authorities said.

The incident happened shortly before 9:30 a.m. in the 10000 block of Luddington Street, according to the Los Angeles Police Department.

Firefighter-paramedics responded to the scene and treated the driver.

The victim may have been struck by glass from a window that was shattered by the gunfire, an LAPD spokesperson said. Police refuted initial reports that the DWP employee had been shot in the face.

No one was immediately arrested in the shooting.