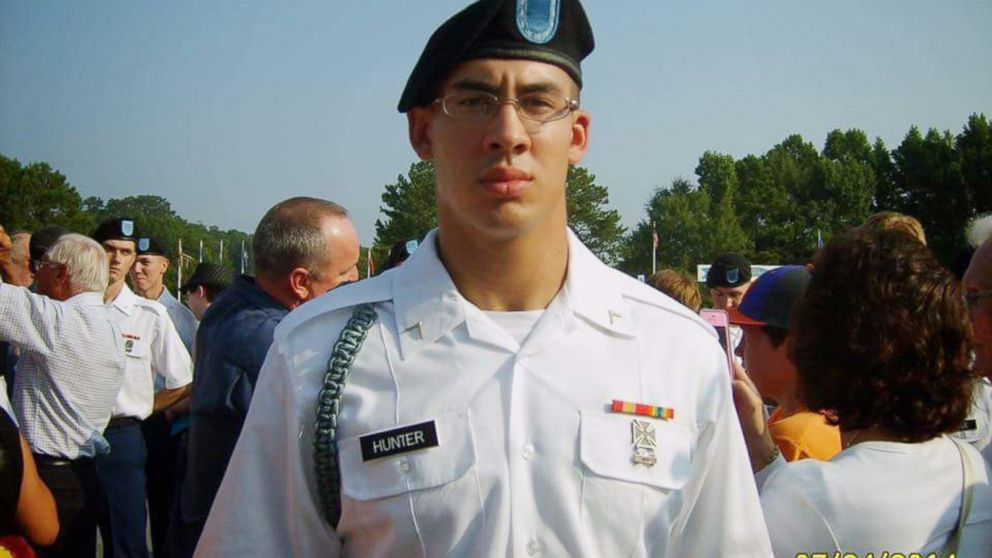 The two U.S. service members killed Wednesday after their convoy came under attack in Afghanistan have been identified.

Hunter's father Mark Hunter told The Associated Press that his son got married last October and was just 32 days into his first deployment.

"Jonathon loved his unit and serving his country and was excited about the opportunity to go to Afghanistan to do his part in fighting injustice," the Hunter family said in a statement.

Four soldiers were also wounded in the attack, and they are receiving treatment at a coalition medical facility. Their wounds are not considered life threatening, the Resolute Support Public Affairs Office said in a statement early Thursday morning.

"On behalf of men and women of the Resolute Support Mission, I offer our deepest condolences to the families of our fallen comrades," said General John Nicholson, Commander, Resolute Support Mission. "These soldiers gave their lives in service of a mission that is critically important to the United States, our allies and partners. We will honor their sacrifice with our dedication to protect our homeland and complete the mission for which they sacrificed."

A U.S. official on Wednesday said the convoy was on a routine training, advisement and assistance mission when it was attacked. The Taliban has claimed responsibility.

"I can confirm that two U.S. service members were killed in action in Kandahar, Afghanistan, when their convoy came under attack," Pentagon spokesman Capt. Jeff Davis said Wednesday. "U.S. Forces Afghanistan will provide additional information as it becomes available."

A statement from Resolute Support, the NATO-led mission in Afghanistan, said the attack was on a NATO convoy.

The deaths raise the number of U.S. service members killed in action in Afghanistan so far this year to nine, matching the total for all of 2016.

An estimated 8,400 U.S. troops are serving in Afghanistan, where they train and advise the Afghan military in the fight against the Taliban and the ISIS affiliate in that country.