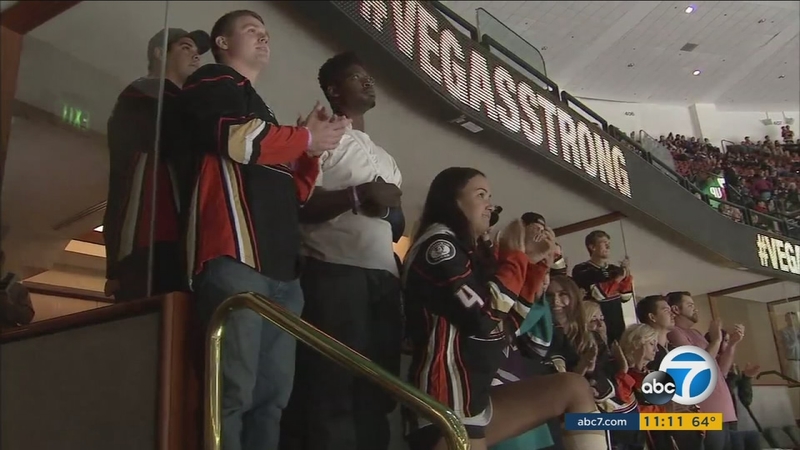 It was a night to remember in honor of those who survived a night they want to forget.

For the first time since the massacre, some Las Vegas shooting survivors from Orange County were all in the same room.

Among them were heroes like Jonathan Smith, who saved 30 people before he was shot.

"I've been trying to basically just start the process of pushing it behind me, but it's still hard to believe that that actually happened," he said.

And next to Smith was Mykenzie Lane and her own personal hero, Brandon Helmick.

"It's been tough having her go through it. It was rough on me, but what I did was anything I could do for her," Helmick said.

Helmick shielded his girlfriend from the gunfire and when she was hit in the leg, he carried her to safety.

"He gets all the credit because if it wasn't for him, there's no way I would have carried myself. I couldn't walk," Lane said.

The Ducks held a tribute for these survivors, who continue to persevere through the pain, and honored those who didn't make it and those still fighting for their lives.

In addition to the tribute, the Ducks are donating a portion of the proceeds from a raffle at the game to the victims of the Las Vegas shooting.