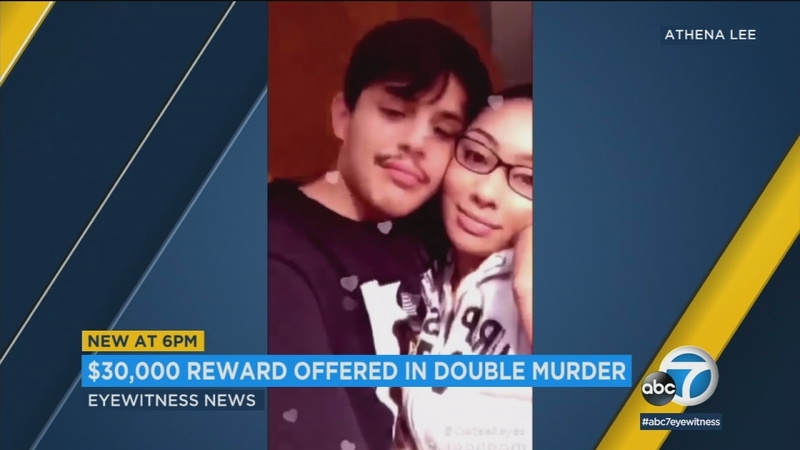 LANCASTER, Calif. (KABC) -- They were a teen couple in love and loved dearly by their families, but their lives were cut short last year during a party in Lancaster.

Clotee Reyes is described as someone bright and colorful like her pink braids. Andrew Chavez' mother said the 18-year-old was a jokester who liked to lift people up.

The two were leaving a party in Lancaster in September when someone shot and killed them from a black sedan on the 43000 block of 6th Street East. Reyes' sister, Athena Lee, was there.

"Clotee and her boyfriend went on one end of the street and I was on the other end. I was trying to go to her and then all of a sudden I heard shots rang out and that's when I ran and I saw her fall and I knew she was gone," Lee said.

Dozens of people attended the party and investigators are certain someone has information but is choosing not to come forward. So far, detectives have spoken with 10 to 15 people who remain tight-lipped.

"They're kind of talking in circles, talking around the issue," said a Los Angeles County Sheriff's Department detective. "Perhaps not grasping the seriousness of it, of the incident, the fact that two people are dead and never coming back to their families."

While authorities hope a $30,000 reward - offered by the Los Angeles County Board of Supervisors and the city of Lancaster - will be an incentive, both families asked witnesses withholding information to do the right thing.

"Don't be scared because if it was their family they would want someone to come forward," Lee said.

Shawna Donahue said she tried to stop Chavez from going out that night.

"Something just inside me made me feel like he needed to stay home that night," Donahue said.

The mother of four got a tattoo of her son on her forearm, something that makes her feel closer to him.

"That's what kills me inside, going to bed without my son, waking up without my son," she said.
Report a correction or typo
Related topics:
lancasterlos angeles countyshootingteen killedpartyteenagersmurder reward
Copyright © 2021 KABC-TV. All Rights Reserved.
More Videos
From CNN Newsource affiliates
TOP STORIES