KABC
By ABC7.com staff
MID-CITY, LOS ANGELES (KABC) -- Two people have been arrested in the fatal shooting of a clerk during a robbery at a Mid-City gas station earlier this month, Los Angeles police announced Wednesday.

The arrests are in connection to the July 3 shooting of 52- year-old Los Angeles resident Akram Hanna.

The fatal shooting happened about 5:30 a.m. at a Shell gas station near Venice and Hauser boulevards, according to the Los Angeles Police Department.

Hanna was pronounced dead at the scene.

The owner of the gas station said the victim was a humble and hard-working family man.

"It's devastating. It's devastating," owner Mazen Elkhoury said. "Right now, the business is not important to me. The business is just business - it comes and goes. We're talking about a life here."
Report a correction or typo
Related topics:
mid citylos angeleslos angeles countyrobberyshootinggas stationman shot
Copyright © 2021 KABC-TV. All Rights Reserved.
RELATED 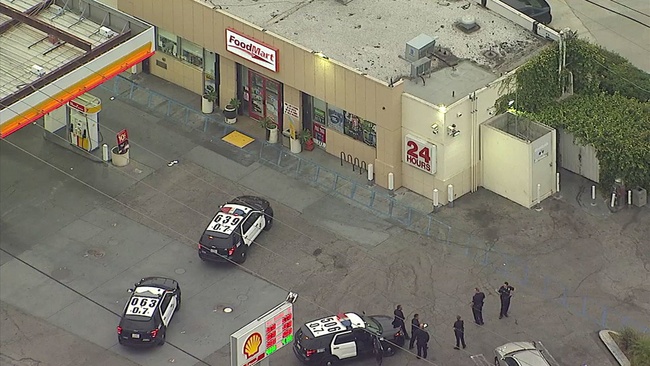