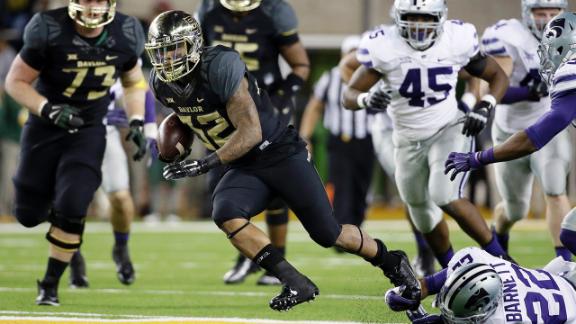 WACO, Texas -- After being left out of the College Football Playoff, Baylorcoach Art Briles expressed fears Sunday that the Big 12 and its region were not fairly represented on the inaugural playoff committee.

Two hours after the No. 5 Bears were not selected for the playoff, Briles laid out his frustration with the playoff process and his belief that both his conference and state did not have a voice in the selection.

"My opinion, since people are asking? I think the committee needs to be a little more regionalized with people that are associated with the south part of the United States," Briles said. "I'll say that. I'm not sure if there's a connection on there that is that familiar with the Big 12 Conference. To me, that's an issue."

Briles knew the vote on putting Ohio Statein the No. 4 slot ahead of Baylor and TCUwould be a close call, and he said he won't "moan and whine" about the outcome. But his disappointment was hard to hide during a 10-minute news conference.

"I hate it for the Big 12," Briles said. "I think the Big 12 is a great conference. I don't think there's any doubt that it's certainly one of the stronger leagues in America. I think the way the format played out, the waters got muddied a couple weeks ago with saying we'd be presented as co-champs. I think that hurt the cause for both of us, quite honestly."

TCU coach Gary Patterson, whose Frogs fell from No. 3 to No. 6 in the final ranking, said there was only one way for his team to have made it into the playoff.

"It's one of those things if you didn't want to be disappointed, you need to be undefeated," Patterson said. "It's the only way you can control your own destiny and we didn't do that."

Briles directed his criticism away from the Big 12 and toward the playoff committee on Sunday. Two members of the committee -- West Virginia athletic director Oliver Luck and former Nebraska coach/AD Tom Osborne -- have Big 12 ties, but Briles doesn't believe their representation is sufficient.

During a Sunday morning appearance on "SportsCenter," Briles suggested ex-coaches R.C. Slocum, Mack Brownor Spike Dykes would be more qualified to evaluate programs in the state and region. He argued that Archie Manning stepping down from the committee in October because of health reasons might have ultimately hurt Baylor's chances.

Despite being snubbed for the playoff, Briles insisted he's "very, very excited" to face No. 8 Michigan Statein the Goodyear Cotton Bowl Classic on Jan. 1. He scoffed at the suggestion that his Baylor team won't be motivated for the game after missing out on the playoff.

After losing to UCF in the Tostitos Fiesta Bowl last season, Briles said his players had better care about this one.

"That's not an issue at all. Our guys want to play, they want to win, they want to represent," he said. "We can win 12 games, finish as a top-five team. For our seniors and our program, it's a huge, huge game."

AP Top 25 Voters Disagree With Committee
ESPN college football insider Brad Edwards reacts to the Week 16 AP Top 25 poll and discusses which four teams would have made the College Football Playoff if the AP voters had their way. 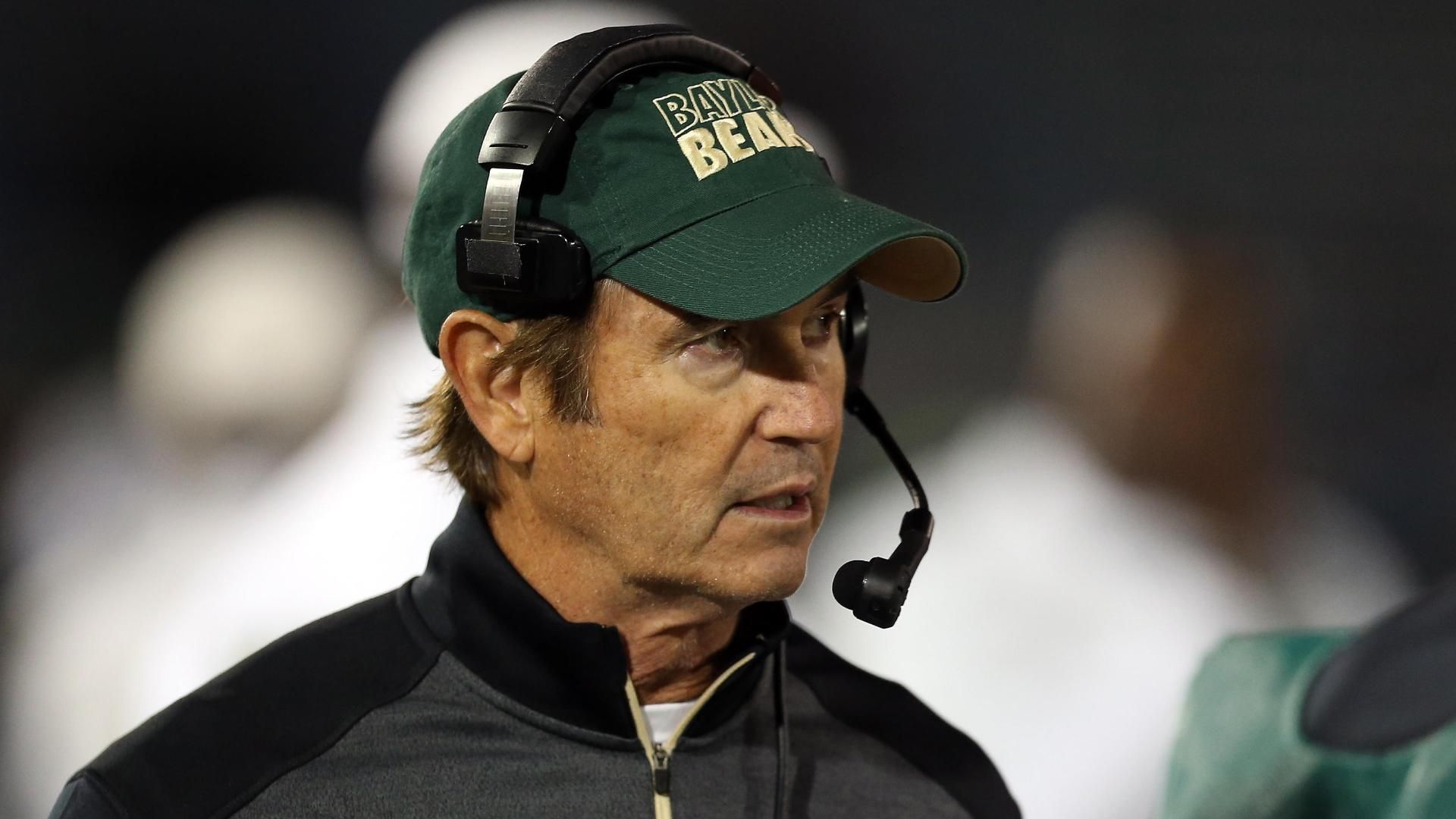 Briles On Baylor Being Left Out Of Final Rankings
Baylor Coach Art Briles Reacts to the Baylor Bears playing in the Cotton Bowl and how he feels after his team was left out of the final top four CFP Rankings.