Chase suspect attempts 2 carjackings after crashing into Jack in the Box in Huntington Beach, police say 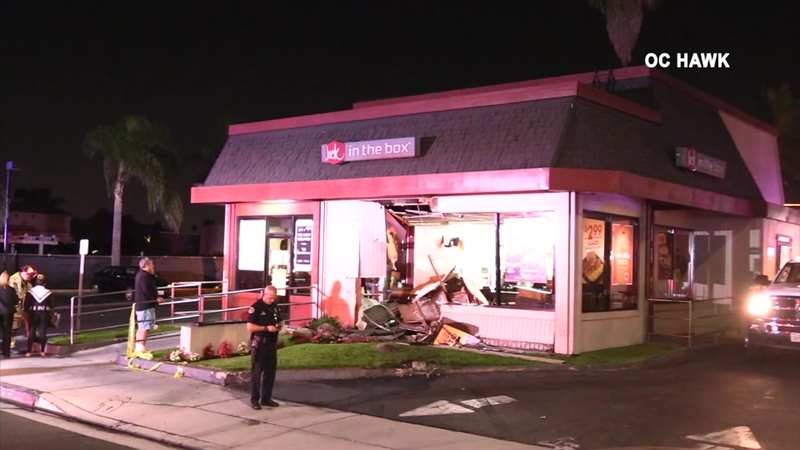 HUNTINGTON BEACH, Calif. (KABC) -- A driver was arrested Thursday evening after he led police on a brief pursuit in Huntington Beach, slammed into a Jack in the Box, and then attempted to carjack two other motorists, authorities said.

The collision happened shortly before 11 p.m. at the intersection of Beach Boulevard and Ellis Avenue, where the car plowed into the fast-food restaurant, according to the Huntington Beach Police Department.

A police spokesperson said the suspect then tried to flee the scene before being taken into custody.