What to do if your children accidentally swallow something they shouldn't 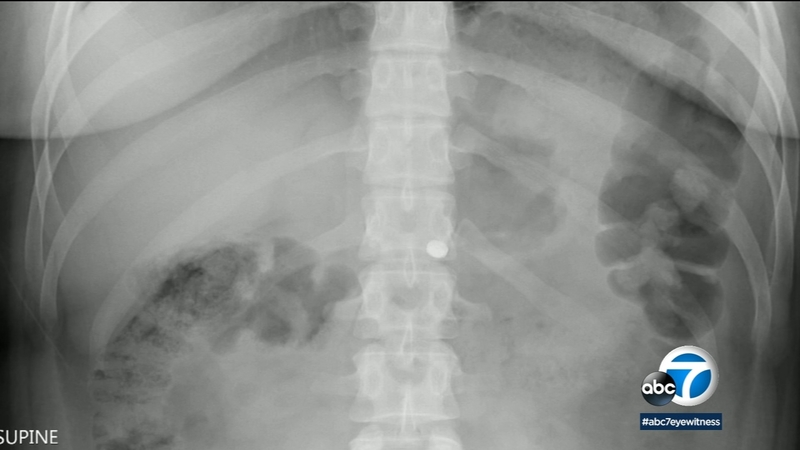 What to do if your children accidentally swallow something they shouldn't

According to a recent CDC report, the number of kids under 6 who accidentally swallowed foreign objects has doubled in the past two decades.

Dr. Eva Love is with Cleveland Clinic Children's. She says researchers have identified two items that were ingested more often than others.

"What they found was that about 800,000 kids - so almost a million kids - came in for foreign body ingestion," Love said. "And that, actually, the rate of ingestion was going up, particularly in two different arenas - which was coins and batteries."

Experts say coins are especially dangerous because they're everywhere, and it's easy for parents to see them and not think of them as deadly to a child.

But Love points out that coins can not only easily lodge in the airway but also in the esophagus.

Ingesting a coin can lead to impaction, which is what happens when the coin is not passed through the bowel and then has to be surgically removed.

The study also shows the number of button battery ingestions has risen by more than 90%.

The other reason button battery ingestion is especially dangerous is that the batteries can make holes in the esophagus and in the intestines. That can lead to tissue damage and even death.

Love says parents need to be aware of what objects in their home contain button batteries, and always keep them out of a child's reach.

"The number one recommendation made in the study was to make sure that you use some sort of child-proofing device. So, if you have, for example, a button battery, that if it's screwed in - if it's really tightly screwed in - it doesn't mean that you should still leave it out - but making sure there's just, really, as little access as possible," she said.

Experts suggest that parents keep the number for the Poison Control Center on their cellphone, so it's handy at all times.

And call your doctor with any concerns - especially if you notice these symptoms in your child: coughing, gagging, trouble swallowing, drooling, chest pain, stomach pain, vomiting or problems going to the bathroom.

And if you suspect your child has swallowed something he or she shouldn't have, always call poison control right away, in addition to calling the child's doctor or 911.
Report a correction or typo
Copyright © 2021 KABC-TV. All Rights Reserved.
TOP STORIES
Woman safe after video of possible abduction in Bell Gardens
Willie Garson, known for 'Sex and the City,' dies at 57
Mega Millions ticket worth $432 million sold in New York
Who is running for mayor of LA? Here are the top contenders
Paychecks delayed for hundreds of Santa Ana school district employees
Amazon, Chobani and others vow to hire Afghan refugees
Fire captain severely burned in DTLA explosion sues building owners
Show More
Car crashes into Orange gas station at high speeds
Body found confirmed to be Gabby Petito, death ruled a homicide
5.9-magnitude earthquake hits near Melbourne, Australia
Series of small earthquakes hit Anza area
Woman found dead in freezer ID'd as former LA County detective
More TOP STORIES News