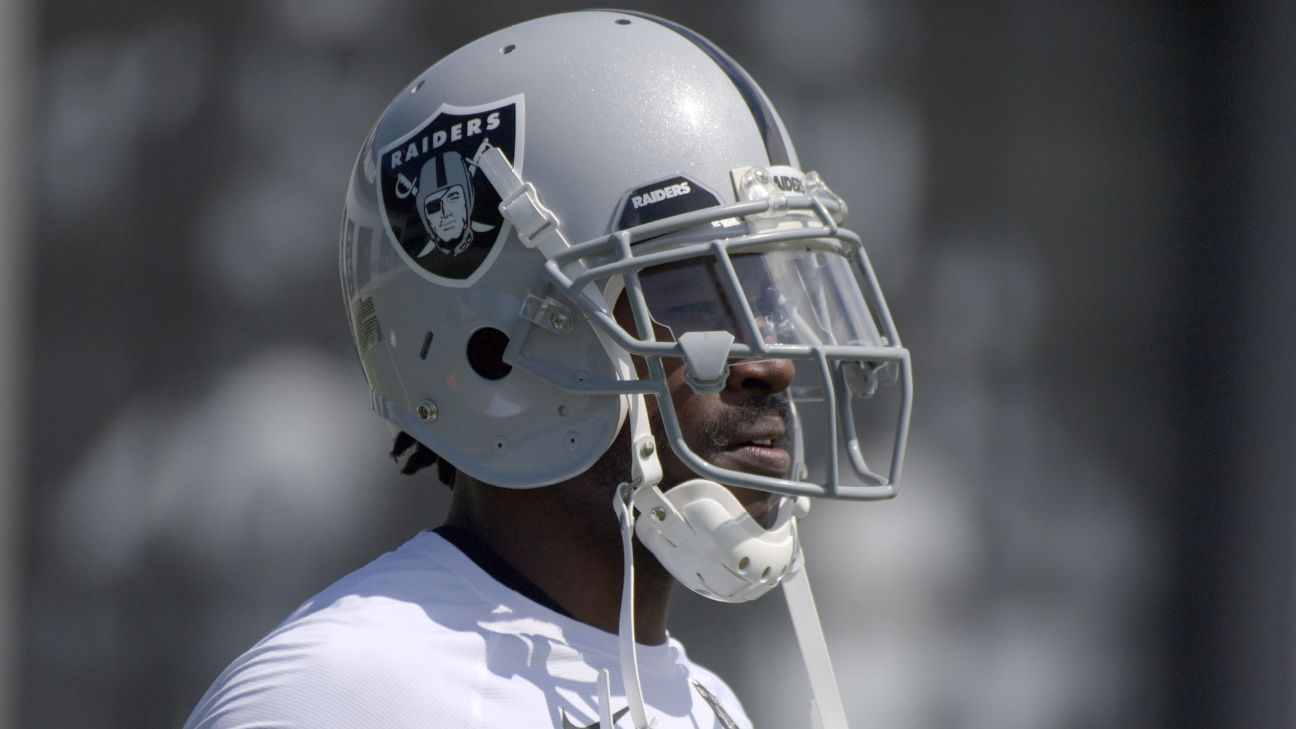 ESPN
By Paul Gutierrez
NAPA, Calif. -- AfterAntonio Brown lost his grievance against the NFL over wearing his old helmet, the Oakland Raiders receiver should return to the team's training camp soon. Brown has also been dealing with frostbitten feet suffered in a cryotherapy mishap in France last month. He has not been with the Raiders since being limited in a practice and leaving early on July 30.

Brown took to social media on Monday to address the decision.

It is considered "very unlikely" that Brown will appeal the decision, a source told ESPN's Adam Schefter.

Brown prefers to wear his older helmet, believed to be a 10-year-old Schutt Air Advantage model, which is no longer made by the company and, thus, no longer certified by the National Operating Committee for Standards and Athletic Equipment. He has tried the new certified helmet out and believes it protrudes out and interferes with his vision as he tries to catch the football.

On Friday, Brown had a two-hour conference call with an independent arbitrator to argue why he should be allowed to wear his older helmet, which he is thought to have been using his entire career. The arbitrator for the grievance call was joined by league officials, player representatives and NFLPA representatives in Philadelphia, a source told ESPN.

Brown argued that his helmet made him feel safe and, save for an illegal hit from Vontaze Burfict in the 2016 playoffs, kept him healthy, a source told ESPN's Jeremy Fowler. The arbitrator was sympathetic but issued what was described by a source as a "very kind denial."

Brown is looking into whether he could find a version of his preferred-style helmet that is less than 10 years old to see if that would be acceptable, a source told Fowler. But it is not clear that even if he could find one and get it certified by NOCSAE, that the NFL would sign off on it because the technology is outdated.

Raiders coach Jon Gruden said he supports the player, who opened camp on the non-football injury list and has participated in one pre-practice walkthrough, on July 28, before being limited on July 30. The Raiders have held 11 practices and one exhibition game.

Brown was a mainstay during the Raiders' offseason program.

"He has a strong feeling about what he's worn on his head, and we're supporting him," Gruden said after Saturday's exhibition against the Los Angeles Rams. "We understand the league's position as well, so we're in a tough spot, and we hope Antonio is here soon because he's exciting to be around. I'm excited. I've got some plays for him. I hope we can start calling them."

Brown, acquired by Oakland in a trade for a third- and a fifth-round pick in March from the Pittsburgh Steelers and promptly given a three-year, $50.125 million contract, has reportedly threatened to retire if not allowed to wear his helmet.

"I have a lot of confidence that he's one of the premier competitors that I've ever been around," Gruden said. "And I've got a feeling he would play with no helmet -- that's how much he loves to play. But I'm not going to put words in anybody's mouth. We're going to support him, and whatever his decision is, we'll stand by it. But we're confident that he's going to be a huge factor for the Raiders for years to come."

Other NFL players not happy to change helmets include Tom Brady and Aaron Rodgers, as well as a "handful" of Raiders players, per a league source, although none had threatened to retire like Brown. 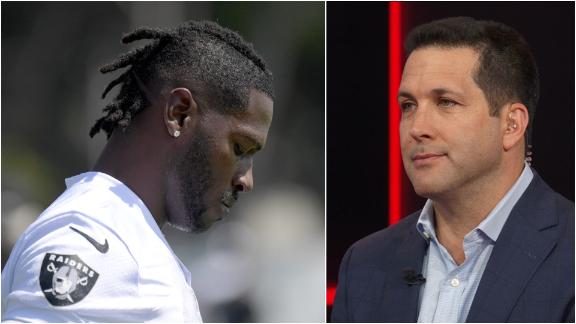 Schefter not surprised Brown lost grievance
Adam Schefter says due to the language of the CBA, there was no other way the arbitrator could have ruled Antonio Brown's case. 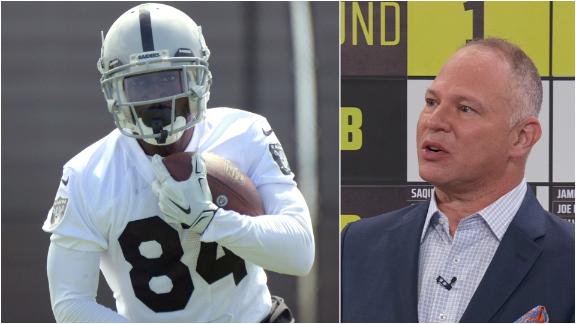 Berry: Drafting Brown in fantasy comes with risks
Matthew Berry warns fantasy owners that although Antonio Brown is talented, his personality often gets in the way. 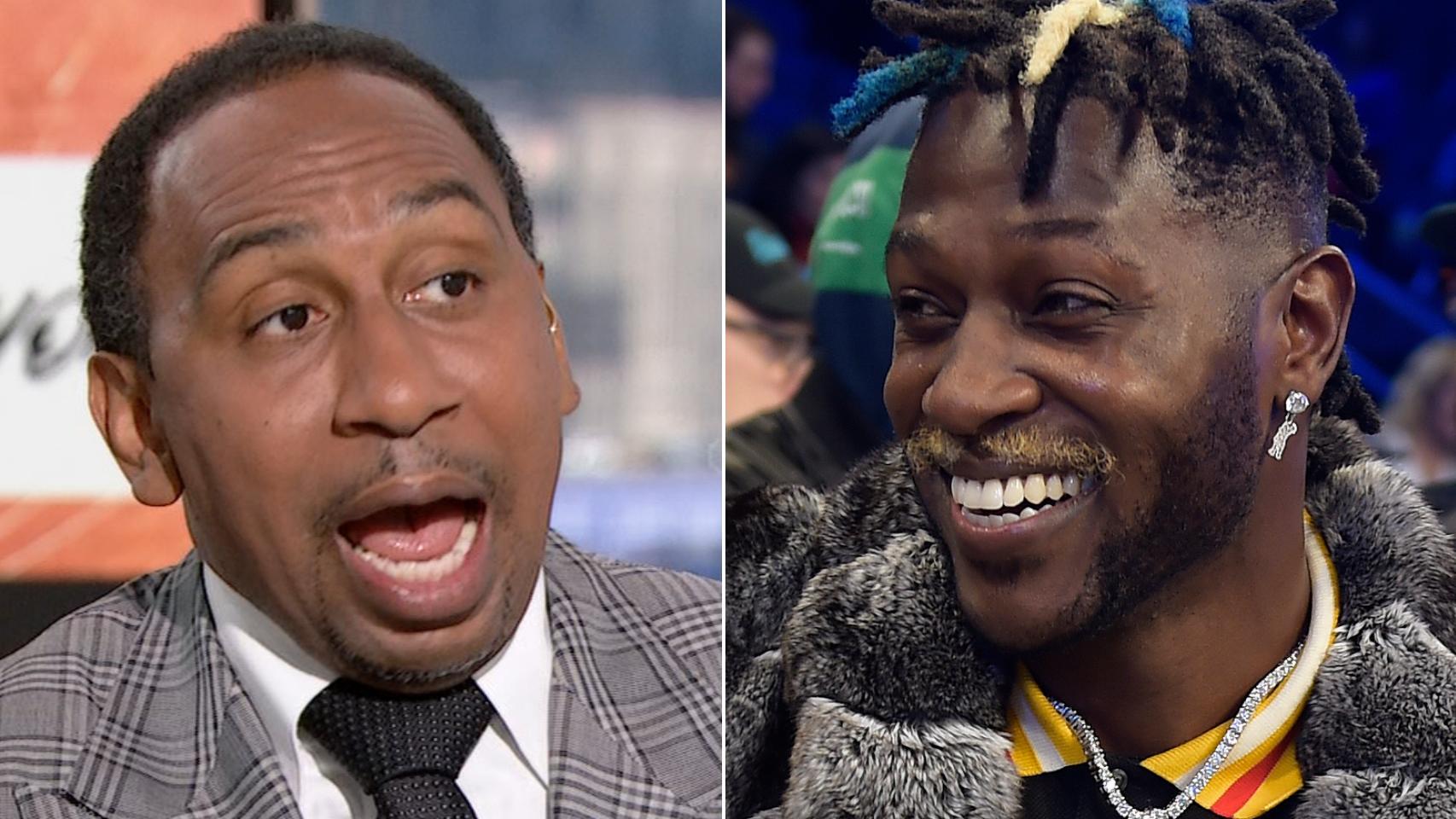 Stephen A.: Antonio Brown looks like a 'damn fool'
Stephen A. Smith has strong words for Antonio Brown, who has threatened to retire if he can't use his old helmet.
Report a correction or typo
Related topics:
sportsespnnfloakland raidersantonio brown
Copyright © 2020 ESPN Internet Ventures. All rights reserved.
More Videos
From CNN Newsource affiliates
TOP STORIES