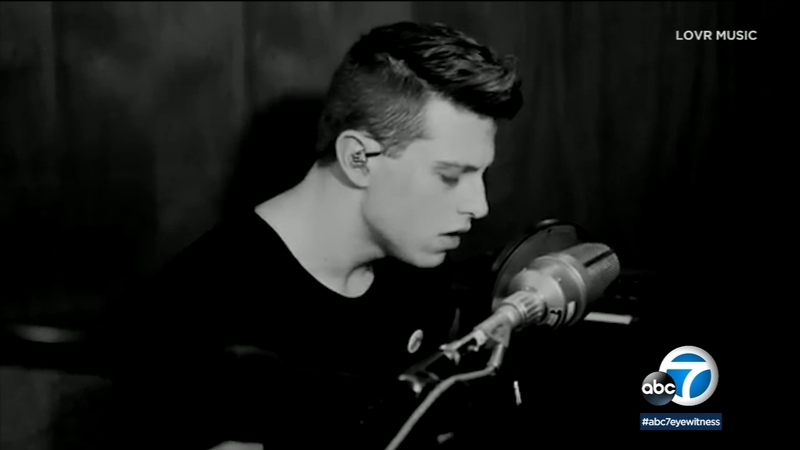 MELROSE, LOS ANGELES (KABC) -- Noah Benardout started performing when he was six. At 13 he performed onstage with Slash, he later opened for Shawn Mendes, and he was the youngest person to have a residency at the Hard Rock.

The 24-year-old singer and songwriter who went by LOVR, was about to sign a record deal and release an EP when he was killed by a suspected drunk driver six weeks ago in West Hollywood. His family has been channeling their grief into purpose.

"When he got on stage, he connected with the audience in a way that made everybody feel that he was singing to them. A lot of his songs were love songs," said his mother Marie Benardout.

His family started a foundation in his name, raising money for Mothers Against Drunk Driving (MADD) in a 5K this Saturday, and they filed a lawsuit against the driver, Viacom, and production company Free 90 Media. Their attorney, Spencer Lucas said the driver, 27-year-old Jacob Gralitzer, was drunk when he left a premiere party hosted by his employer.

"We want to do something to make a difference, to make a change because this has wrecked our lives. It has devastated us, and we want to go out there, we want to be advocates," said Benardout.

Noah's younger sister Lily wants to raise awareness among her peers about the consequences of driving under the influence. "I think it's a very important thing that we need to learn the responsibilities of driving and getting into the car intoxicated, and learning the dangers and how it affects others' lives. I mean - look at my family. Look at all that we've gone through in the last month," Lily said.

The family is keeping Noah close in big and small ways. His father and sister got tattoos in his honor, including one that reads 'Noah blessed be he in rest ' in Hebrew. His parents and Lily wear pendants that hold part of his ashes. "This is basically all I have left of my beautiful son that I am going to wear forever," said his mother.

They're committed to preventing this from happening to another family. "There's a great quote that says, 'Never doubt a small group of thoughtful committed people to make change 'cause that's the only way that change happens," said Noah's father, Marc.