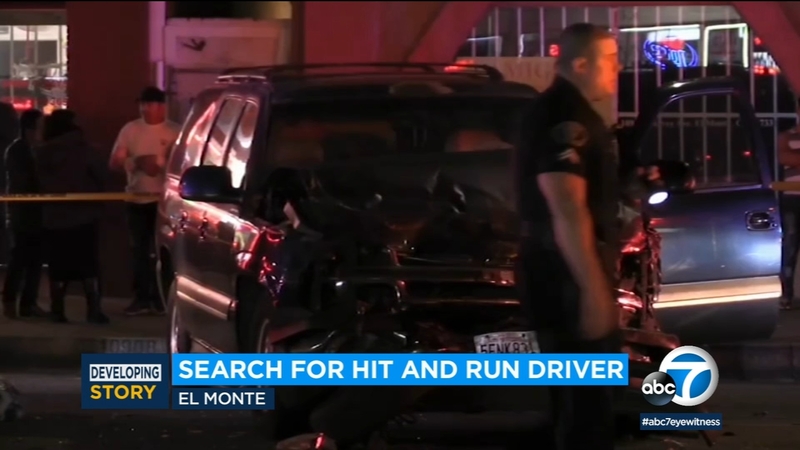 EL MONTE, Calif. (KABC) -- Police are looking for a hit-and-run driver who crashed into a family's minivan in El Monte, leaving a 12-year-old boy with critical injuries.

The crash happened Saturday after 9 p.m. near the intersection of East Garvey and Lexington avenues, police said.

An SUV smashed into a minivan and the driver of the SUV then fled on the scene on foot. The two smashed vehicles at the scene indicate the force of the collision. Clothes were strewn around the street, and witnesses believe the family in the minivan may have been leaving a nearby laundromat.

The 12-year-old boy was ejected from the minivan.

The crash was caught on camera. Video showed witnesses rushing to help the young boy and his parents. Minutes before the collision, the 12-year-old boy and his father were at a neighborhood market.

Friends say the family was in the process of moving to a new home.