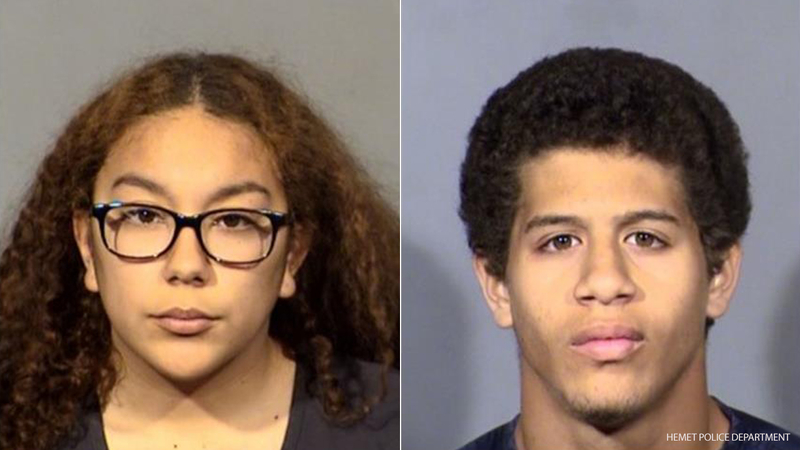 HEMET, Calif. (KABC) -- Authorities say a dispute over a rental agreement led to the death of three women whose bodies were found inside a home in Hemet and that their roommate is one of the suspects who has been arrested on suspicion of killing them.

Jordan Guzman, 20, lived in the home with the three victims and was arrested 250 miles away in Las Vegas on Thursday, along with her 18-year-old boyfriend, Anthony McCloud, according to authorities. They are now facing three counts of murder.

The victims, identified as Trinity Clyde, 18, Wendy Lopez-Araiza, 46 and her daughter, Genesis Lopez-Araiza, 21, were found dead at a home near the intersection of Rabbit Peak Way and Rexford Drive on Wednesday night, police said.

Authorities say they died of blunt force trauma and strangulation. Signs of a stabbing were also present, but it's unclear whether a knife was used.

"I know they were trying to get her to move out, I believe," said Cheryl Mead, a family member of the Lopez-Araizas. "I guess that this is how she retaliated, which is pretty horrific."

Police say the father of one of the victims walked into the home when Guzman and McCloud were still there but they fled. It's unclear if that man is the same one that appeared at the scene and identified himself as Clyde's father. He said his daughter had recently moved into the home.

Guzman and McCloud had fled the scene with Clyde's car, which was also found in Las Vegas. They are both being held at the Clark County Detention Center on $2 million bail each.

A GoFundMe page has been set up to help the victims' families.

An investigation is underway after three women were found dead inside a home in Hemet.