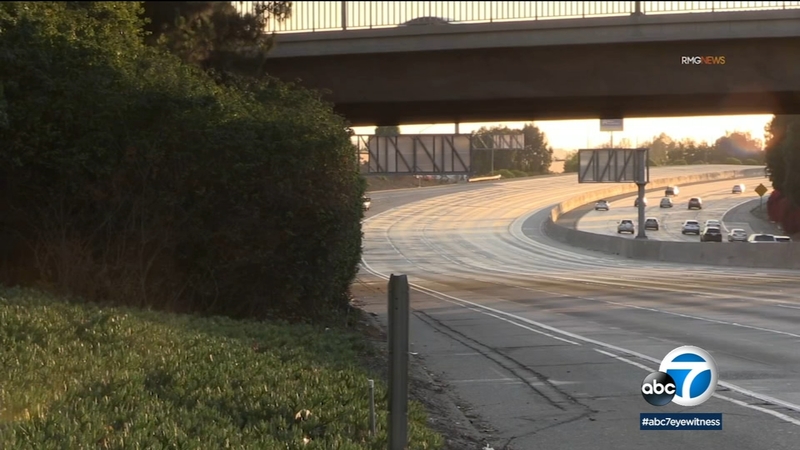 60 Freeway crash: Man was shot while driving with 2 teen sons in truck

HACIENDA HEIGHTS, Calif. (KABC) -- Authorities on Sunday identified a 35-year-old man who died after being shot and crashing his pickup truck on the 60 Freeway in Hacienda Heights. The incident injured the driver's two teenage sons, who were passengers in the vehicle, and prompted a search for the shooter.

Luis Mendoza of La Puente was pronounced dead after he and his sons, ages 13 and 16, were transported to a hospital, according to the California Highway Patrol.

Mendoza's official cause of death was not immediately released, and it was unclear if the two boys were injured by gunfire or the crash, or both.

The CHP was summoned to a multi-vehicle crash at 12:28 p.m. Saturday on the eastbound 60 Freeway, just east of Crossroads Parkway, a news release said.

One person is dead and two others are injured after a car-to-car shooting on the 60 Freeway in Hacienda Heights.

The three victims were taken to Los Angeles County-USC Medical Center, where Mendoza was pronounced dead.

Witnesses told the CHP the front passenger of a silver or gray compact vehicle in the HOV lane pointed a handgun out of the window and fired several shots at Mendoza's truck, causing him to lose control and slam into the Kia and the retaining wall. The sole occupant of the Kia was not hurt.