Eyewitness News has obtained a copy of the lengthy document, which describes in detail what happened to the 4-year-old Palmdale boy during the last day of his life.
KABC
By Lisa Bartley 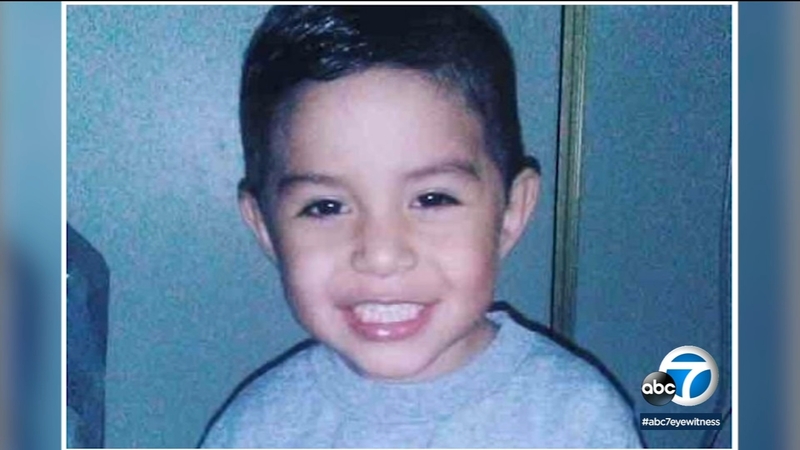 PALMDALE, Calif. (KABC) -- A Los Angeles County court ruling on Thursday ordered the unsealing of transcripts of the grand jury proceedings in the case involving the death of Noah Cuatro.

Noah's parents, 28-year-old Jose Maria Cuatro and 26-year-old Ursula Elaine Juarez, have been charged with murder and child abuse in the case. The couple has pleaded not guilty to the charges.

In court, Noah Cuatro's parents listened to the judge as they faced charges of child abuse and murder.

The investigation started last summer after his parents told police he had drowned in a pool. But according to the released grand jury documents, Noah was allegedly unwanted by his parents, suffered beatings, sexual abuse and, ultimately, death at their hands.

Audio and transcripts from that 911 call on July 5 were also included in the grand jury proceedings. Juarez could be heard telling the dispatcher that they had pulled Noah from the swimming pool and is also heard administering CPR over the phone.

Noah's father would later demonstrate to investigators, as shows in the unsealed recordings, how he labored to save his son's life.

"I was like Noah, Noah. Breathe, breathe," said Jose Cuatro and he reenacted the scene.

But the couple's story soon unraveled at the Palmdale Regional Medical Center. A responding deputy relayed a doctor's findings to a DCFS hotline social worker.

"He was transported to the hospital. No signs of drowning at all, no water in the lungs. But there is signs of physical and sexual abuse," Deputy Jordan Hegge could be heard saying on the call.

According to the autopsy, Noah died of asphyxiation and blunt force trauma. The coroner found healing rib fractures and sexual assault trauma consistent with sodomization, among other injuries.

Noah's mother at one point sent a chilling text message that read "Almost killed him so many times I had to do CPR for him to wake up and stay alive right."

Red flags surrounding Juarez were raised when she was pregnant with Noah. She had a baby sister, 10-month-old Bobbi Jean, who suffered a skull fracture while in her care.

Within the same month in 2014, Noah was born. Noah and his siblings were put into foster care but were repeatedly returned to their parents.

Testimony from the grand jury transcripts also puts the Los Angeles County Department of Children and Family Services under fire for failure to follow through with a court approval to remove Noah from the home.

Child Social Worker Susan Johnson had obtained a judge's approval to have Noah removed from the home several weeks before his death. According to testimony, her supervisors were able to overrule the court order.

Johnson says that the supervisors also dismissed her from the case.