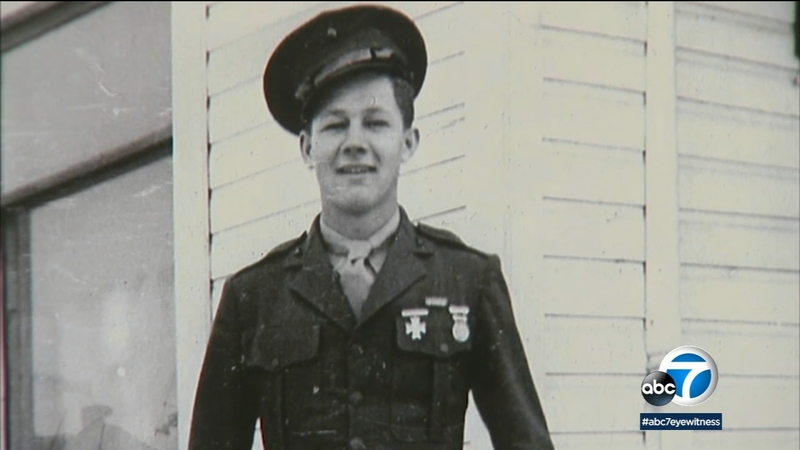 SAN DIMAS, Calif. (KABC) -- If you live in the eastern San Gabriel Valley, there's a good chance you know Carl Harstine. And if you don't, you should!

He recently celebrated his 95th birthday, and this Marine veteran has lived quite the life.

With written permission from his father, Harstine joined the Marines in 1942 during World War II when he was only 17 years old. As a member of the 3rd Marine Corps division, he experienced his first combat the following year, and went on to receive four medals for his service.

"I couldn't hear anything for three days, my hearing started coming back after the third day, but it's never been the same," said Harstine.

Harstine, who married his high school sweetheart and had two children, has lived in the same San Dimas home since 1978.

To this day, he remains active in various organizations and events including the San Dimas HEROES program where you can see him standing on street corners collecting funds to build a memorial monument in his hometown.

"If you want to go in the military, go in," said Harstine. "Do what you're supposed to do, don't give them any trouble. If make trouble, then you're gonna get in trouble."