Family and friends celebrated the WWII veteran as he turned 100.
KABC
By Marc Cota-Robles 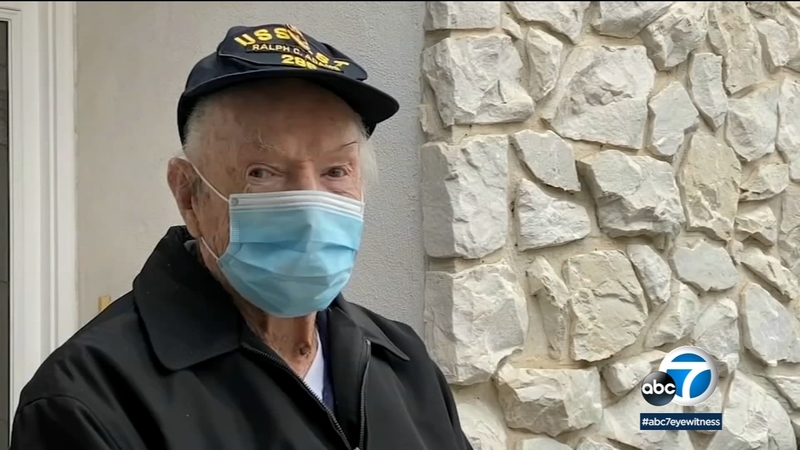 For at least a couple decades, Copenhafer would celebrate reunions with his fellow service members. Those days ended long ago.

"Eventually there weren't enough people left to have a reunion and by now there aren't any of them left. I think I'm the only one left out of that crew that was on the 286 during the war. That's what happens when you out live everybody," he said.

"He was really hoping he'd make it to 100," said Deborah Ann Iacobucci, Copenhafer's niece. "My cousin and I joke all the time that he's probably going to outlive all of us."

And to have all these people show up to celebrate, even from a safe distance, he can hardly believe it.