Project Homekey is one solution for those experiencing homelessness and provides not only shelter but also support services to help tenants stay on the path to independence.
KABC
By Jovana Lara 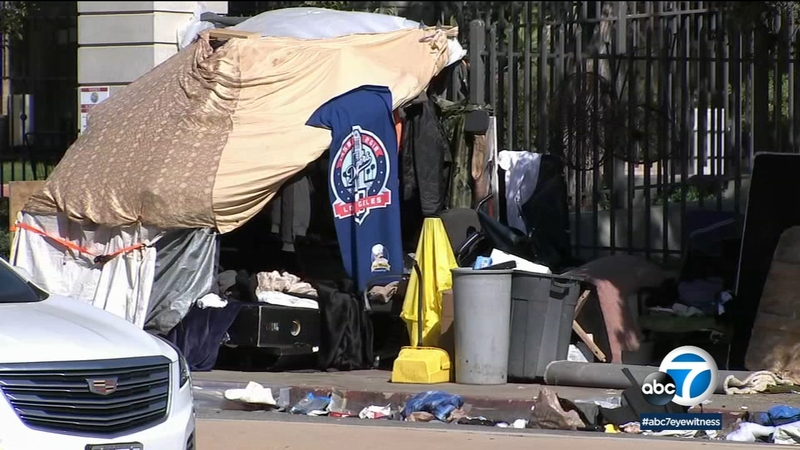 LOS ANGELES (KABC) -- Project Homekey is a new twist on an old idea: offering housing to hundreds of people. Frank Guerrero is praising the project and its staff members who helped him transition to sheltered living after being on the streets for five years.

"From out in the cold into a family, man. They care, they care," said Guerrero.

Project Homekey turns hotels into housing. The program was announced by Gov. Gavin Newsom last June. With $600 million in state and federal emergency funds, Project Homekey allowed L.A. County to purchase 10 hotels that will eventually become permanent housing for people like Frank. All together, they will house 850 people experiencing homelessness.

"We have a huge problem in LA County with people becoming homeless and that is primarily due to the high cost of rents coupled with low wages," said Phil Ansell, director of the L.A. County Homeless Initiative.

Ansell says due to COVID-19, an official homeless count couldn't be conducted this year, but in the previous homeless count last January, 73% of L.A. County's homeless population was unsheltered. Project Homekey is one solution, and it provides not only shelter but also comprehensive support services to help ensure tenants stay on the path to independence and reintegration. Services include case management, employment and educational assistance, nursing and mental health services.

A new economic forecast is pointing toward a distressing increase in homelessness across the state of California and especially in Los Angeles County.

"This particular site is really great because we're not in a shared living, we're in a place where they get to sort of make this room their own and they make this their home," said Hilary Aquino, with Homeless and Divergent Services. "We really meet the client where they're at and we provide this holistic approach to be able to better support the client in meeting their own goals."

"And it's not only a job to them you know they actually care and for those who thought they were forgotten, think again, like I said, here I am after five years of skid row," said Guerrero.