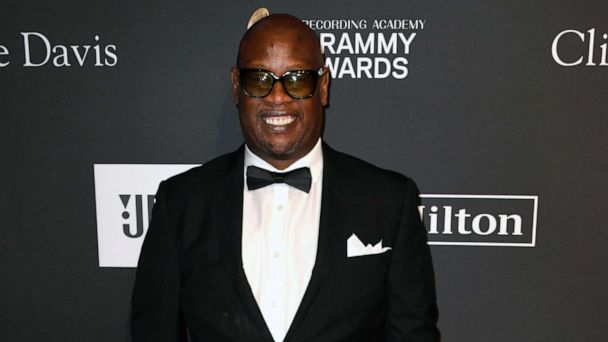 Legendary music maven and founder of Uptown Records and co-founder of REVOLT, Andre Harrell has died. He was 59.

Harrell's death was first announced by Derrick Jones, a disc jockey who is known by his stage name, D-Nice, during his "Club Quarantine" sets on Instagram Friday night.


Roma Khanna, the CEO of REVOLT Media and Television, confirmed Harrell's death on Saturday afternoon in a statement to ABC News.

"Everyone in the REVOLT family is devastated by the loss of our friend, mentor and Vice Chairman. Andre's impact on Hip Hop, the culture and on all of us personally has been immeasurable and profound. May he Rest In Peace," said Khanna Roma.

Harrell's cause of death has not been confirmed.

One of Harrell's last Instagram posts on May 7 was a photograph and caption about Ahmaud Arbery -- a African American man shot and killed by two white men who thought he was a burglary suspect -- that ended with "#justiceforahmaud."

Harrell also posted a selfie with his son Gianni Harrell on May 3 with the caption "I miss Father & son Saturday's @Gianni."

Born in the New York and raised in the Bronx, Harrell's music career started in the early 1980s as one half of the hip hop group Dr. Jekyll and Mr. Hyde. As Dr. Jekyll, Harrell and Alonzo Brown who was Mr. Hyde, were signed to Profile Records where they released one album "The Champagne of Rap" in 1985.


Harrell moved on from being in front of the microphone and into the background when he was hired by Russell Simmons at Def Jam Records. While there, Harrell worked his way up to vice president and general manager of the label, but left in 1986 to start his own label -- Uptown Records.

Uptown Records signed classic R&B and hip-hop artists like Al B. Sure, the group Guy which included producer Teddy Riley and the late Heavy D & The Boyz.

As the leader of the label, Harrell hired Sean Combs, who is currently known as "Diddy," as an intern. Combs moved up to become a talent manager for the label who developed the careers of Mary J. Blige and Jodeci until he was fired by Harrell in 1993, according to Billboard. Combs went on to found Bad Boy Records.

In December, Black Entertainment Television announced it was working with Harrell to bring the Uptown Records story to life as a 2020 three-night scripted miniseries, according to Billboard.