Seeking a silver lining, some are choosing to donate their stimulus checks 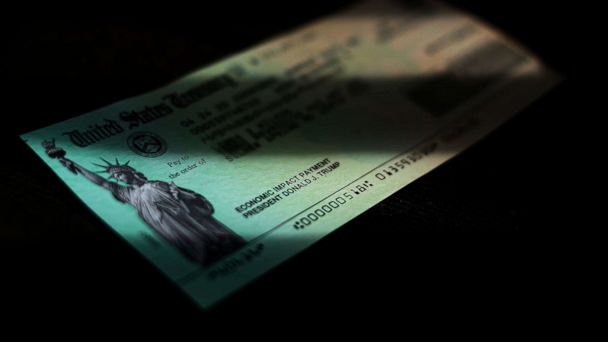 For Tony Lupa, a retired machinist from Trumansburg, New York, a $1,200 stimulus check represented an opportunity -- not for himself, but to give back.

"I'm on a fixed income, I wasn't affected financially by what's going on, and I thought, well, I just want to show my appreciation to the nurses and also try to help out," Lupo said.


He came up with an idea. He'd buy gift certificates from three local businesses to help keep them afloat during the shutdown and give those gift certificates to a group of health care workers from Cayuga Medical Center who traveled to NewYork-Presbyterian Hospital in New York City to provide extra help as coronavirus cases escalated. "And that way, I would help out two ways, instead of one," he said.

Lupo is one of 140 million Americans expected to receive an emergency coronavirus economic relief payment from the federal government, commonly referred to as a stimulus check. The checks are being sent to Americans who make less than $75,000 per year, with smaller amounts for those who make up to $99,000. An additional $500 is distributed for each dependent child under 17.

For the majority of Americans, these checks represent a lifeline amid staggering job loss and economic disruption. But some who are financially secure are choosing to share the wealth instead.

"I was really blown away," said Randy Smith, the owner of Brews and Brats at Autumn View, one of three local restaurants where Lupa purchased 20 gift certificates. "He's got such a big heart, he's all about heart and helping the local community."

He and his wife Linda are retired from Cayuga Medical Center, where they worked as a paramedic and a nurse. Some of their patrons at Brews and Brats are their former health care colleagues, like Nate and Leia Alston. He is one of the volunteers who traveled to New York City, and his wife, Leia learned of Tony's donation from Randy and Linda when she visited to pick up takeout.

"It was really an incredibly generous thing for someone to do. People who are strangers, essentially, to these nurses, thinking of ways to support them," Leia said.

Tony says he hopes his act of kindness in his own small town resonates farther: "I'm hoping it catches on with other people. Other people might get the same idea."

The idea is catching on social media, where initiatives to encourage people to donate their checks are popping up with hashtags like #sharethecheck and #pledgemycheck. Volunteer-run and groundroots-based, these efforts aim to keep people accountable in their desire to give, and make the process more streamlined and less confusing.

One of those new opportunities is #PledgeMyStimulus, the brainchild of a trio of Maine women. Rev. Tamara Torres McGovern, a pastor in the United Church of Christ, and Wendy Blackwell-Moore, a consultant, were both thinking of ways to encourage their neighbors to share their payments with those in need, when they were connected by their local state representative, Victoria Morales. Blackwell-Moore and Torres McGovern had never met, but discovered they lived less than a mile apart, and shared the same end goal: to "move people from intention to action," Blackwell-Moore said.

"This isn't my money, it's money we all paid in through taxes and it's being distributed communally in hopes of lessening the impacts of this time," said Torres McGovern. "There was sort of a realization of 'wow, my neighbors are in much more acute need than I am, is there something I can do, a way to leverage this check to decrease the need around me?"

Pledge My Stimulus is not connected with a particular charity; the founders simply ask prospective donors to look at where they see a need in their own communities and direct their funds there. The effort has resulted in donations to more than 100 organizations in at least 20 states, ranging from religious organizations to funds for artists and musicians. Food banks have been the most common beneficiaries of the donations.


The initiative has gained steam on social media, with more than 100 people pledging nearly $90,000 so far.

"There are a lot of helpers in our society. We've been told the best way to help is to stay home, which is true, but for some folks, that makes them feel helpless. There's more they want to do," Torres McGovern said. "People feel it is empowering."

While no organization has been able to track exactly how many Americans have chosen to donate their stimulus check, experts say philanthropic giving usually tracks with the economy: as the GDP and the stock market decline, so do donations. It's an unfortunate reality at a time of increasing need.

But for those who can afford to give, the moment provides an interesting opportunity.

"Some donors look at the landscape and say, 'how can my own dollars make a difference?' When there is a strong government response, that might crowd out private giving. In this context, we have seen private donors step into gaps, areas where government isn't really funding," said Dr. Una Osili, associate dean for research and international programs at the Lilly School of Philanthropy at Indiana University.

According to Osili, the idea of "individual giving" right now encompasses a complicated patchwork of options: buying gift cards to restaurants and supporting small businesses, as well as donating to food pantries and blood banks. Organizations that aren't usually involved in philanthropy are now advocating for solutions to new hardships, like the National Restaurant Association and the National Grocers Association.

"There are all kinds of new opportunities to give, that's maybe the silver lining in this crisis," Osili said. "Where people engage in these activities, their sense of well being is improved as well. So there is a benefit to the giver."

If the idea of donating $1200 seems like a stretch, there is a platform that encourages small donations: just $10, less than 1% of the check.

"Even if a small group of people gave a tiny amount, we thought 'OK, this would be something easy enough to do and would quickly add up,'" said Nick Fitz, one of the founders of a project called 10Give10. Fitz credits Susan Shain, a freelance writer, with the idea to keep donations small.

Fitz's background is at Duke University, where he studied the psychology of charitable giving.

"People want to give about 2.5 times more than they currently do," he said. "They don't know where or when or how to, yet people want to do this." Asking for nominal donations, he said, lowers the psychological barrier to giving.


With the IRS estimating 140 million Americans will receive stimulus checks, the group reasoned that if even 10% of recipients chose to donate $10, $140 million would be raised to help the neediest.

10Give10 benefits Give Directly, an organization that provides cash to recipients of SNAP food benefits.

10Give10 is just getting started. Since it launched Monday, more than $1000 has been donated. But the founders are already looking to their next idea: how to make micro-donations recurring. One idea that's a sign of the times: set up a system that allows users to donate a small amount every time they're in a Zoom meeting or teleconference that runs long.

Many Americans are choosing to share their checks not with nonprofit organizations, but instead directly to family, friends or neighbors who have lost their jobs or experienced hardship.

Torres McGovern says she's received Facebook messages from donors asking if it counts to give directly to friends or neighbors who have lost their jobs or experienced hardship.

"Of course that counts! Does it count if it's just me as a person giving to another person? Of course!"

It certainly counts for Leia Alston. Her husband Nate was ultimately infected with COVID-19 while volunteering in New York City. She's waiting for him to finish two weeks of recovery in quarantine.

As soon as he's well, she says, they plan to enjoy a celebratory date night at Brews and Brats, courtesy Tony Lupa.

"I cannot wait -- we will definitely be taking full advantage of that gift certificate! It's such a nice gesture."