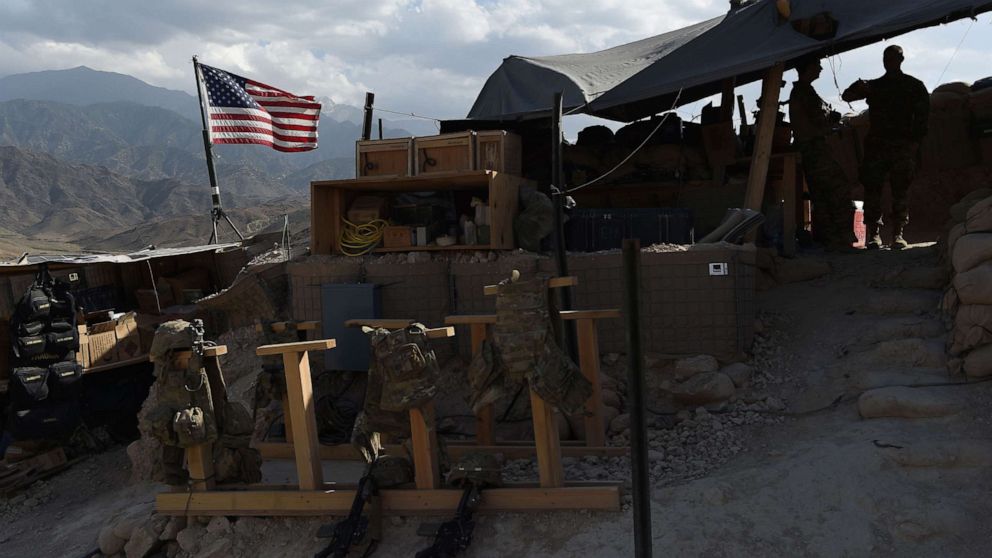 ABCNews
By CONOR FINNEGAN
The U.S. and Taliban have a proposed agreement to reduce violence in Afghanistan for seven days, which would open the door to a historic deal on the U.S. military presence there, according to U.S. and Taliban officials.

Unable to secure a full ceasefire from the Taliban, American negotiators had instead been demanding the militant group agree to a formal "reduction in violence" before moving ahead on an agreement that the two sides had come close to finalizing in September. The full details of this reduction are still unknown, but the militant group has been pushing the U.S. to sign off on it soon, according to a Taliban source.

At NATO headquarters in Brussels Thursday, Defense Secretary Mark Esper defended the short-term reduction as "sufficient" and said the administration hopes to "have more to report on that soon."

"In all things, our approach for this process will be conditions based. Let me say it again, conditions-based," he added. "So, it will be a continual evaluative process as we go forward. If we go forward."

Importantly, the reduction in violence seems to have the support of the Afghan government, although it has falls short of its calls for a full nationwide ceasefire. Afghan President Ashraf Ghani said the Taliban had committed to a "significant and enduring reduction in violence" after he spoke with Secretary of State Mike Pompeo Tuesday.

Ghani and Pompeo will meet on the sidelines of the Munich Security Conference Friday, according to an Afghan official, and an announcement on the reduction of violence could come as soon as then.

Beyond the length, the U.S. has not laid out any details of the proposal, which continues to be hammered out between chief U.S. negotiator Zalmay Khalilzad and Taliban officials in Doha, Qatar, which has hosted over a dozen rounds of talks now.

A reduction in violence has been the key U.S. demand since President Donald Trump called off talks in September. Trump cited the death of a U.S. soldier in a Taliban attack as grounds for doing so, but it came after he had invited the militant group to Camp David, rescinded the invitation, and then tweeted about it, eventually saying talks were dead.

At the time, the two sides were close to a final agreement, and U.S. officials say that framework is still in place: The U.S. would agree to gradually withdraw its troops -- under a "conditions-based approach" -- according to U.S. officials, and the Taliban would commit to not allow Afghanistan to be a safe haven for terrorism and to start intra-Afghan peace talks, including with representatives of the government.

Those government officials would only be allowed to participate in a "private" capacity, however, as the Taliban still will not recognize, let alone sit down with the government. The militant group has also refused to agree to a ceasefire because it's concerned it would lose fighters in the process and weaken their negotiating position -- a position U.S. negotiators have essentially yielded to.

Still, Ghani expressed support for where things stand, saying in a statement Tuesday: "Our primary objective is to end the senseless bloodshed. ... I assure [the Afghan people] that their leadership maintains the courage, competence, and the necessary resources to achieve this objective. The Islamic Republic of Afghanistan will manage the next steps in a manner that positively supports the overall peace process and will report to the public."

While the reduction in violence is short of a nationwide ceasefire, Esper said Wednesday it would include both U.S. and Afghan forces, along with other international troops there as part of NATO's mission. After the seven-day reduction, the two sides would sign the overall agreement and kick-start intra-Afghan negotiations.

That would mean U.S. troops could begin withdrawing this year. There are currently between 12,000 and 13,000 U.S. troops in Afghanistan, although Esper said he has been assured by U.S. military commanders that troop levels could be reduced to 8,600 because they're confident they can carry out their mission at that number.

The initial agreement could come as soon as this week, with the Taliban pushing the U.S. to sign off on the terms that have been negotiated, according to a Taliban source, as its military commanders back in Afghanistan pressure Taliban negotiators to finalize the deal.

"They want to get an answer," said the Taliban source of those commanders, adding they "feared that the U.S. may pull back again of the table due to any incident or attack in Afghanistan."

"If it's not going forward, our military commanders will work on upcoming spring offensive, which they announce each year at the beginning of Afghan new year by end of March," they added.

Two U.S. soldiers were killed Saturday in a possible insider attack, where an Afghan military official attacks U.S. troops he or she is training with. One Afghan National Army member was also killed in the attack, with six officials wounded.

This year has already proven to be a deadly year for U.S. forces, with six service members killed in total, after last year was the deadliest for U.S. forces in Afghanistan in five years.