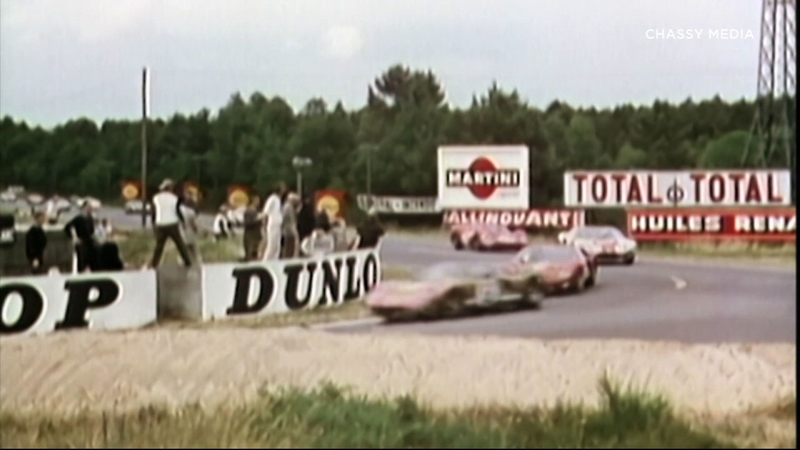 Ferrari is one of the most storied names in sports cars and racing cars. And in the 1960s, it faced a new, rather unlikely challenger: Ford.

The new documentary "The 24 Hour War" chronicles the story of how Henry Ford II used the might of the company his grandfather founded to challenge Enzo Ferrari at the famous 24 Hours of Le Mans auto race.

The will to do this stemmed from an ill-fated Ford-Ferrari merger that had gone sour several years earlier.

"It's a couple of big titans going at it, and people dying, and carnage, and victory. You know, all the components that make a good Hollywood story, it's in here," said Adam Carolla, executive producer of the film.

The story takes us to the race in France back in the day, through archival footage, along with modern-day interviews from those who were there, while they're still here.

Carolla gives legendary race driver Dan Gurney, who appears in the documentary in both historic footage and a present-day interview, as an example.

"Dan Gurney is an old guy, and his health isn't fantastic, and he was one of the guys who was there. And he's not doing any more interviews as far as I know," he noted.

"The 24 Hour War" is based on a book called "Go Like Hell: Ford, Ferrari and Their Battle for Speed and Glory at Le Mans" by author A.J. Baime, who appears in the film.

And while the story is familiar to racing fans, others who just love a good real-life tale should find it fascinating as well. Not to spoil the outcome, but Ford did end up beating Ferrari in 1966.

The documentary then catches up to modern times, when Ford returned to Le Mans with its new Ford GT in 2016, exactly 50 years after its legendary victory there.

Just as it did in the 1960s, Ford is using the new Ford GT and its Le Mans victory as a promotional tool for the whole company.

And Adam Carolla's production company is on a roll, having previously told the tale of actor Paul Newman becoming a racer. Several more auto and racing-related projects are in the works, to bring stories to the screen not typically seen in car-themed programming.

"I like the stuff that's a little deeper, a little off the beaten path, a little more interesting," remarked Carolla.