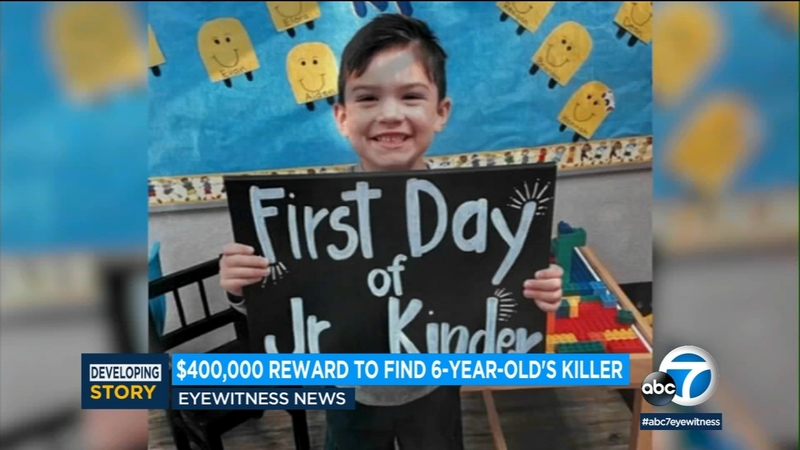 ORANGE, Calif. (KABC) -- The reward for information leading to the arrest and conviction of the person who killed 6-year-old Aiden Leos in a road-rage shooting on the 55 Freeway has increased to $400,000.

The reward money to capture and convict the shooter has been steadily growing with government and community support.

The California Highway Patrol last week released a photo of the suspect vehicle, a white Volkswagen Golf SportWagen with non-tinted windows, either a 2018 or 2019 model.

Prosecutors are vowing to catch the shooter who cut the boy's life short, with Spitzer last week giving the suspects 24 hours to come forward.

Aiden's funeral is Saturday at the Calvary Chapel in Yorba Linda, with a viewing before the service. It is not open to the public.