KABC
By ABC7.com staff
MANHATTAN BEACH, Calif. (KABC) -- Manhattan Beach police on Friday arrested a man accused of exposing himself to a high school student as she was walking home from school.

Carson resident Richard Eugene Milton was arrested by Manhattan Beach detectives at approximately 1 p.m. in the area of Rosecrans and Isis avenues in Hawthorne.

The 31-year-old is accused of exposing himself to the underage girl just blocks away from Mira Costa High School shortly before 5 p.m. Wednesday.

The girl was approached by a black car with tinted windows, police said. The driver asked the girl for directions to the freeway and as she was responding, she saw he was exposing himself in the vehicle.

The suspect fled the area and was last seen driving east on Fifth Street from Herrin Avenue.

The student took off running and was not injured.

Upon investigation, detectives identified the suspect as Milton. He was arrested for indecent exposure and is in custody at the Manhattan Beach Jail, police said.
Report a correction or typo
Related topics:
manhattan beachlos angeles countyarrestindecent exposureflasher
Copyright © 2021 KABC-TV. All Rights Reserved.
RELATED 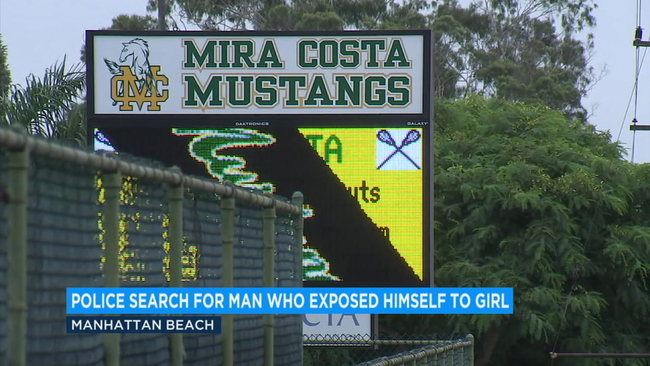