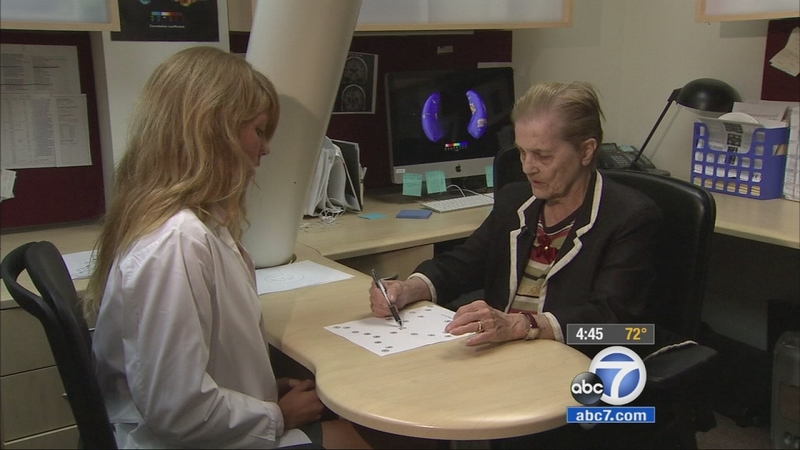 "When she was taking her driving test, she took it three times," Walter Ralston said.

Cognitive testing is one way doctors chart how well a patient is doing, but it's not definitive. Another way to diagnose is through MRI scans to see if a specific part of the brain - the hippocampus - is shrinking.

Now, after six years of painstaking study, scientists at UCLA's Mary S. Easton Center for Alzheimer's Disease Research have developed the gold standard to measure the brain for that type of testing.

Normal aging results in about a two percent loss per year. Alzheimer's patients lose about ten percent of tissue annually.

Before Apostolova and her colleagues developed a standard protocol for measuring the hippocampus, there was no uniform method, making it difficult to compare studies by researchers from around the world.

"If all drug trials and all research labs out there use a unified procedure... I think that would be tremendous," Apostolova said.

"It'll help the researchers to come up with better solutions if we're all looking at the problem in the same way," Brian Ralston said.

Joyce Ralston's scans do show signs of atrophy and with it comes many changes, but her husband says he's prepared.

"I have to adapt. She is my wife. I love my wife," Walter Ralston said.