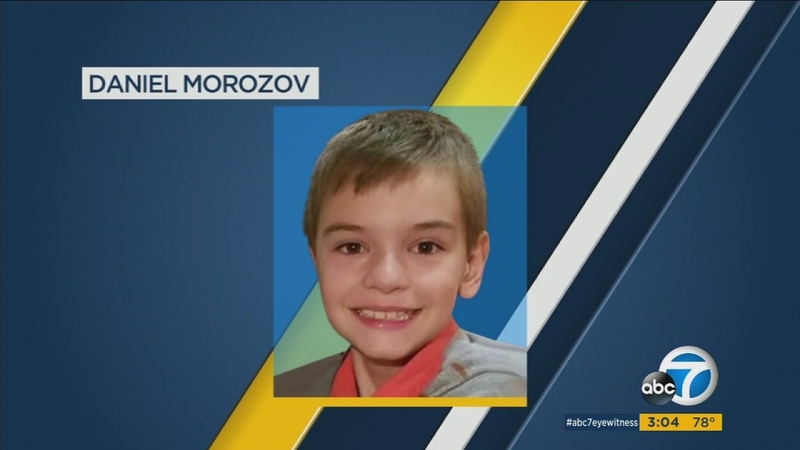 SANTA MARIA, Calif. (KABC) -- An Amber Alert has been issued in Los Angeles, Ventura and Santa Barbara counties for a 9-year-old boy who was abducted in Santa Maria by a suspect believed to be armed and dangerous, police say.

Police had responded to a fatal shooting in the 200 block of N. College Drive and found a person dead. As a result of an investigation at the scene, the Amber Alert was issued, according to Santa Maria police.

Authorities have since revealed that Morozov is a suspect in the death of the 9-year-old's mother.

A new alert issued at about 11:45 a.m. said the suspect and the boy are believed to be in a 2017 black Jeep Cherokee with the California license plate 7XZK698.

That vehicle was found abandoned in Santa Barbara, according to police.

According to the California Department of Motor Vehicles, the SUV was registered to the Enterprise Rent-A-Car company.

As the search continued, investigators were paying special attention to international airports and border crossings.

Konstantin Morozov is white, 6 feet tall, 180 pounds, with brown hair and brown eyes. He should be considered armed and dangerous, authorities said.

Anyone who sees Daniel or Konstantin Morozov is asked to call 911.