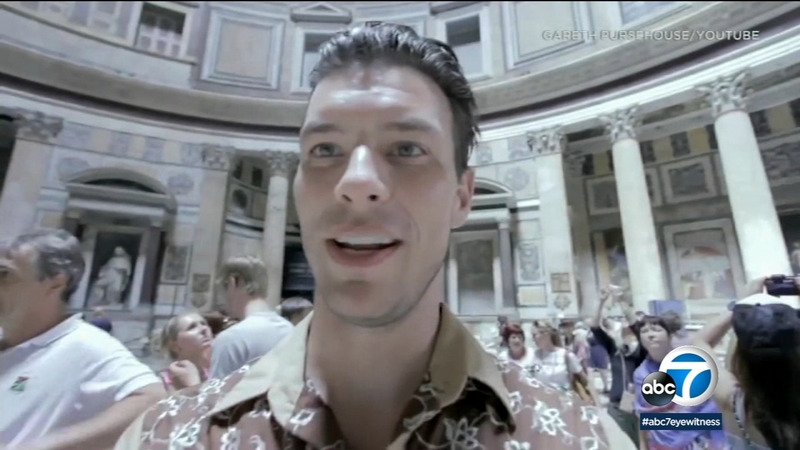 HOLLYWOOD HILLS, LOS ANGELES (KABC) -- A day after he was released from jail on $2 million bail, the man accused of killing sex and family therapist Amie Harwick at her Hollywood Hills home was re-arrested and held on a no-bail warrant.

Gareth Pursehouse, a 41-year-old resident of Playa del Rey and a former boyfriend of Harwick, had posted bond and was released from jail Tuesday night.

On Wednesday, a no-bail warrant was issued and he was taken into custody again.

He was charged with one count each of murder and of first-degree residential burglary, with the special circumstance of lying wait that makes him eligible for the death penalty if convicted.

Pursehouse is expected to be arraigned Thursday.

Harwick, who was once engaged to "The Price is Right" host Drew Carey, had a restraining order against Pursehouse until two weeks ago, when it expired, Los Angeles police said.

New details are emerging about the murder of well-known sex and family therapist Amie Harwick, who was killed at her home in the Hollywood Hills.

LAPD arrived to Harwick's home Saturday in the Hollywood Hills at about 1:16 a.m. and found her beneath a third-floor balcony with injuries consistent with a fall.
Pursehouse was arrested later that afternoon at his home in Playa del Rey.

Coroner's officials on Tuesday released the official cause of Harwick's death. She died of blunt force injuries to her head and torso after being transported to a hospital, according to the Los Angeles County office, which described the incident as a homicide.

One of Harwick's friends said Pursehouse was "a stalker" who "didn't take it well at all" when the couple ended their previous relationship.
Report a correction or typo
Related topics:
hollywood hillslos angeleslos angeles county
Copyright © 2021 KABC-TV. All Rights Reserved.
More Videos
From CNN Newsource affiliates
TOP STORIES