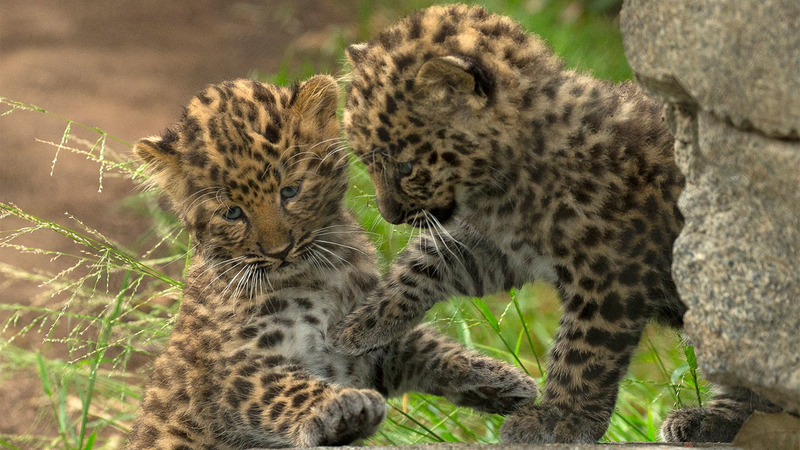 SAN DIEGO, Calif. (KABC) -- Two rare Amur leopard cubs were born at the San Diego Zoo and are available to be viewed by the public in their habitat.

The San Diego Zoo said it's the first time cubs have been born at the zoo since the rare species first arrived to the park in 2011.

The cubs were born on April 5 and now spend more time outside of their den and in public view. Their 4-year-old mother Satka has been introducing the cubs to their home, letting them explore, climb and play.

She also takes them back to their den to rest and feed them.

For seven years, animal care staff worked to get large felines from Europe to the U.S. for approved breeding as part of the Global Species Management Program, which is an international conservation effort to increase regional animal populations.

There are less than 70 Amur leopards in the wild, mostly in the Primorye region of far eastern Russia, which makes them the rarest big cat species in the world. The animals used to have homes in northeastern China, Russia and the Korean peninsula, but those populations dwindled because of loss of habitat and poaching for their thick, spotted coats.