'Little fighter:' Baby whose mother was killed in suspected DUI crash in Anaheim getting better 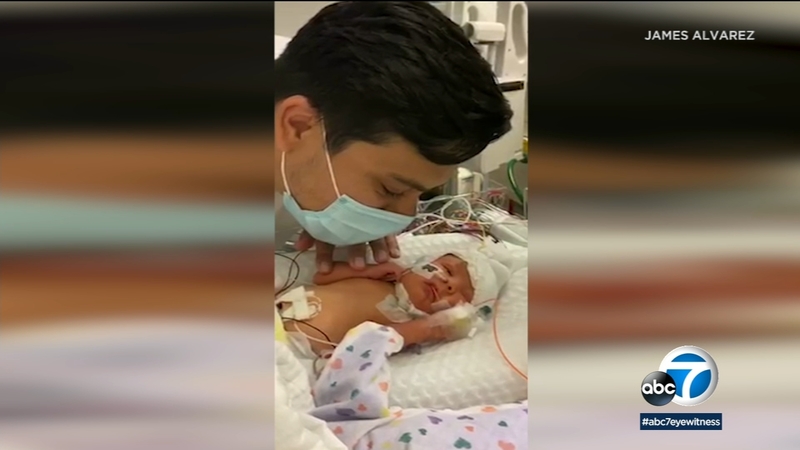 ANAHEIM, Calif. (KABC) -- A baby who was born prematurely after her mother was struck and killed by a suspected DUI driver in Anaheim is making "amazing progress" in the fight for her life, according to her father.

The infant was delivered via cesarean section at UCI Medical Center and had been in critical condition.

The baby's father, James Alvarez, sent Eyewitness News a video of baby Adalyn Rose and says she's getting better everyday and described her as a "little fighter," just like her mom, Yesenia Aguilar.

"She's getting more and more tubes removed. She's now getting feed and taking her nutrients very well. She's very alert and can recognize my voice," Alvarez said, adding that he had the chance to change her diaper for the first time.

He's set up a new GoFundMe page, and warned against other fake ones that are popping up, to raise funds to care for the baby girl.

Adalyn's 23-year-old mother was killed last week when a driver jumped the curb and hit her as she walked on a sidewalk.