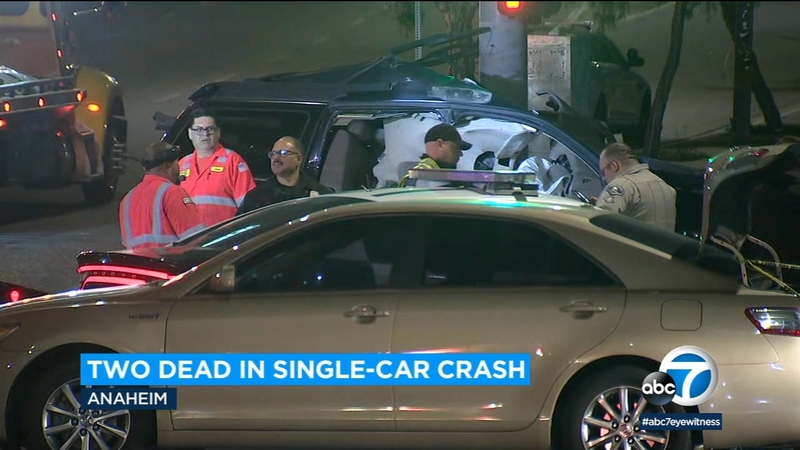 ANAHEIM, Calif. (KABC) -- A vehicle that sped away from a restaurant where shots were fired crashed into a pole in Anaheim Monday morning, killing two suspects inside.

The crash happened just after midnight near La Palma Avenue and Brookhurst Street, just north of the 5 Freeway, according to the Anaheim Police Department.

Investigators believe the two people who died are the same suspects who were kicked out of that restaurant a month ago for unknown reasons. Security guards saw them again late Sunday night and kicked them out once again.

Police say the suspects fired shots and nearby officers heard the gunfire and responded. A short time later, the suspect's car crashed into a traffic signal pole, killing both of them.

Officers say they found weapons in the car and a gun was found near the restaurant. No other injuries were reported.