How Anaheim is using unarmed response teams, not police, to address its homeless population 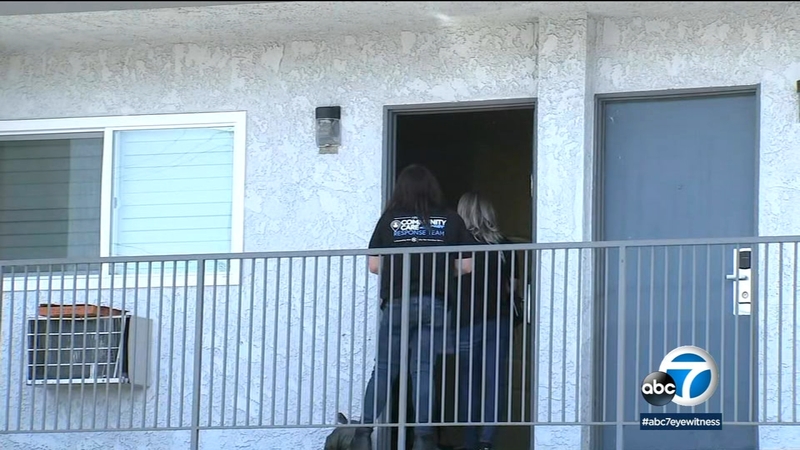 ANAHEIM, Calif. (KABC) -- The homeless crisis on Southern California streets can be taxing for law enforcement. In one local city, instead of calling police, they call an unarmed team of professionals that includes nurse practitioners and mental health clinicians.

Respect is key in making those first connections with the unsheltered and social worker Jackie Tapia knows the process of building trust can take time.

She's part of the city of Anaheim's latest efforts to address the needs of their homeless neighbors -- a six-month pilot program called Community Care Response Teams, or CCRT. Instead of dispatching police to issues of homelessness, the unarmed CCRT teams respond with nurse practitioners, mental health clinicians, a social worker and plain clothes security.

Before CCRT, the Anaheim Police Department handled those calls. Those officers have been reassigned to community policing teams.

"Our police officers have been great and they've served a purpose over the years with our homeless outreach team, but we know, from experience in our own homeless initiative, that you can't enforce your way out of the homelessness problem," said Lauren Gold with the city of Anaheim. "It's a little bit deeper of an issue than just giving somebody a ticket or a trespassing notice."

Meantime, CCRT teams have responded to some 3,000 calls since January and helped 372 people, who had been living on the streets, get on the path to housing.

The CCRT teams work throughout the city seven days a week from 7 a.m. to 9 o'clock at night. In one recent case, they picked up someone from a motel and took them to a shelter.

Andrea Phipps said she's been homeless on and off since 2012. The mother of seven spent two night at the motel but ran out of money and had nowhere to go.

"It's like $80 and that's hard for me to come by without doing anything I don't need to be doing," she said. "They've been very understanding of the situation. They don't judge nobody. I recommend it."

City officials say the pilot program's success so far will likely lead to an extension and surrounding cities are considering similar models.