The family came to court on Tuesday as they file claims against Los Angeles County and the sheriff.
KABC 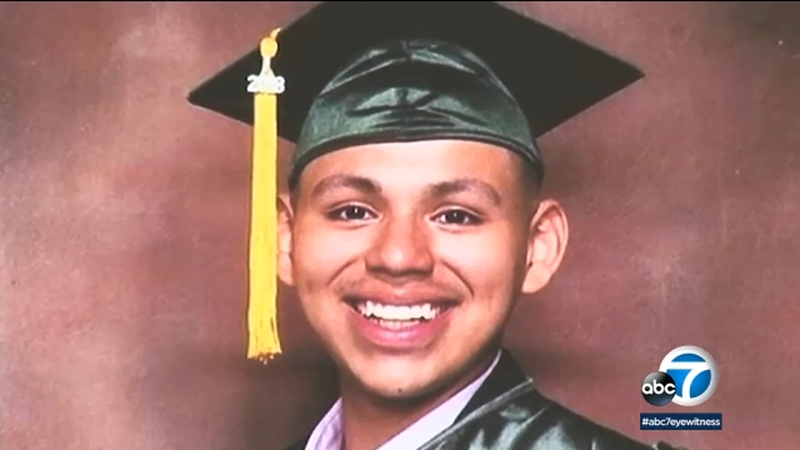 Andres Guardado investigation: Family says they're being stonewalled by LASD

GARDENA, Calif. (KABC) -- The family of Andres Guardado says they are being stonewalled by the Los Angeles County Sheriff's Department. They want information and they say they aren't getting anywhere.

They came to court on Tuesday as they file claims against the county and the sheriff.

Guardado was shot and killed by a Los Angeles County sheriff's deputy on June 18.

Lawyers for Guardado's family say the sheriff's department has put a "security hold" on the autopsy results and they've taken all surveillance cameras and video from the area.

"We want transparency, we want the community to know what's happening and they've just locked down on this, they're not revealing any information. Deputies to the best of our knowledge have not been interviewed," said attorney Adam Shea.

An investigation is underway after a Los Angeles County sheriff's deputy fatally shot a man they say was armed and who ran away from deputies in Gardena.

Guardado's family has said the young man was working as a security guard at an auto body shop. Officials say however he was too young to be state licensed and did not have a uniform or badge.

According to reports, sheriffs deputies saw Guardado with a gun and tried to stop him. The family says the gun found at the scene was not his.

"We do not believe that he had a gun. There was a gun at the scene. How and why that gun was there and who it belonged to is a question that needs to be answered," Shea said.

Sheriff Alex Villanueva says he'll release surveillance video once the investigation is over. The deputy who shot Guardado hasn't spoken to investigators but his attorney says he will soon.

The Los Angeles County Board of Supervisors is also calling for an independent investigation into Guardado's death.

Protests continue over the death of Andres Guardado as the L.A. County Board of Supervisors calls for an independent investigation.