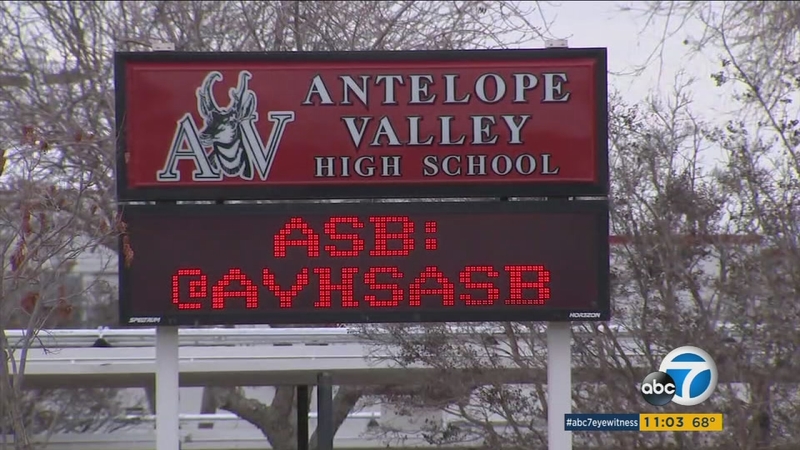 LANCASTER, Calif. (KABC) -- A former student at Antelope Valley High School was arrested on suspicion of attempted murder after authorities say he made a threat against the campus on social media.

Diavauni James Crooms, 18, is suspected of trying to recruit students to take part in his plan, which involved getting weapons and attacking the campus on a future date.

Los Angeles County sheriff's deputies with the Lancaster Station received a call from a parent who found the threat on social media around 11 a.m. Tuesday.

During the investigation, deputies learned Crooms was a former student and headed to his home in the 43400 block of Gadsden Avenue in Lancaster. He was detained and detectives searched his home, finding messages detailing his plan and items to make explosive devices.

Crooms was taken to the Lancaster Station and booked on suspicion of attempted murder. He is being held in lieu of $1 million bail.

Antelope Valley High School is on winter break, authorities said, and there was no immediate threat to the campus.

Authorities did not say when the threat would have been carried out, but that the investigation was ongoing.