Dog rescued after it was spotted being dragged by truck in Apple Valley, neighbors say

The dog's injuries were so horrific, portions of photos had to be blurred.

Residents in Apple Valley are outraged after a dog that was reportedly tied to a truck was dragged down a road.

APPLE VALLEY, Calif. (KABC) -- Residents in Apple Valley are outraged after a dog that was reportedly tied to a truck was dragged down a road.

Tammy Jarrard spoke with Eyewitness News on Saturday and said she was taking her daughter to school on Friday when she came across a driver on the side of Milpas Road trying to tell her something.

"She was on the phone with 911 and she said, 'Please watch out. There's a Tahoe that just went by and the person was dragging a dog behind the vehicle,'" recalled Jarrard.

Jarrard said she continued driving and as she approached Desert View Road, she came across a woman and the reported Tahoe.

She said the woman was untying the dog.

"She was just out of her mind," Jarrard told ABC7. "She was clearly out of her mind, and I don't know if she was on drugs or mentally ill, but she was just basically saying, 'Somebody must have tied that dog to my bumper. I don't even know what it's doing there. You want a dog? There, you got a dog. Take the dog.'"

That's when Jarrard said she decided to take photos of the dog and the Tahoe. The dog's injuries were so horrific, portions of photos had to be blurred.

With the help of another good Samaritan, Jarrard wrapped the dog in a blanket and took it to an animal shelter.

The dog is now in the care of a veterinarian.

As of Sunday evening, there's no word on how the dog is doing, but neighbors have started collecting donations to help pay the veterinarian bills.

The San Bernardino County Sheriff's Office told ABC7 the county's animal control office was notified and responded to this report.

It's unclear if an official investigation into the woman who was seen with the dog is underway. 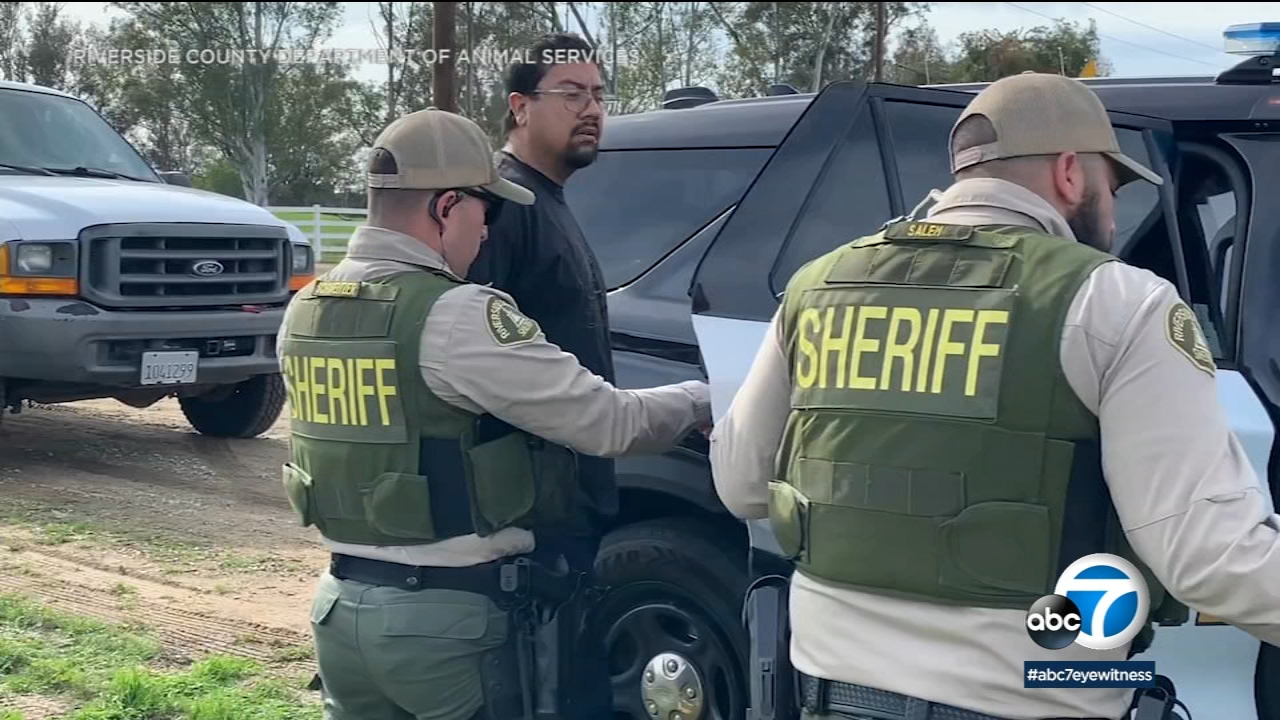 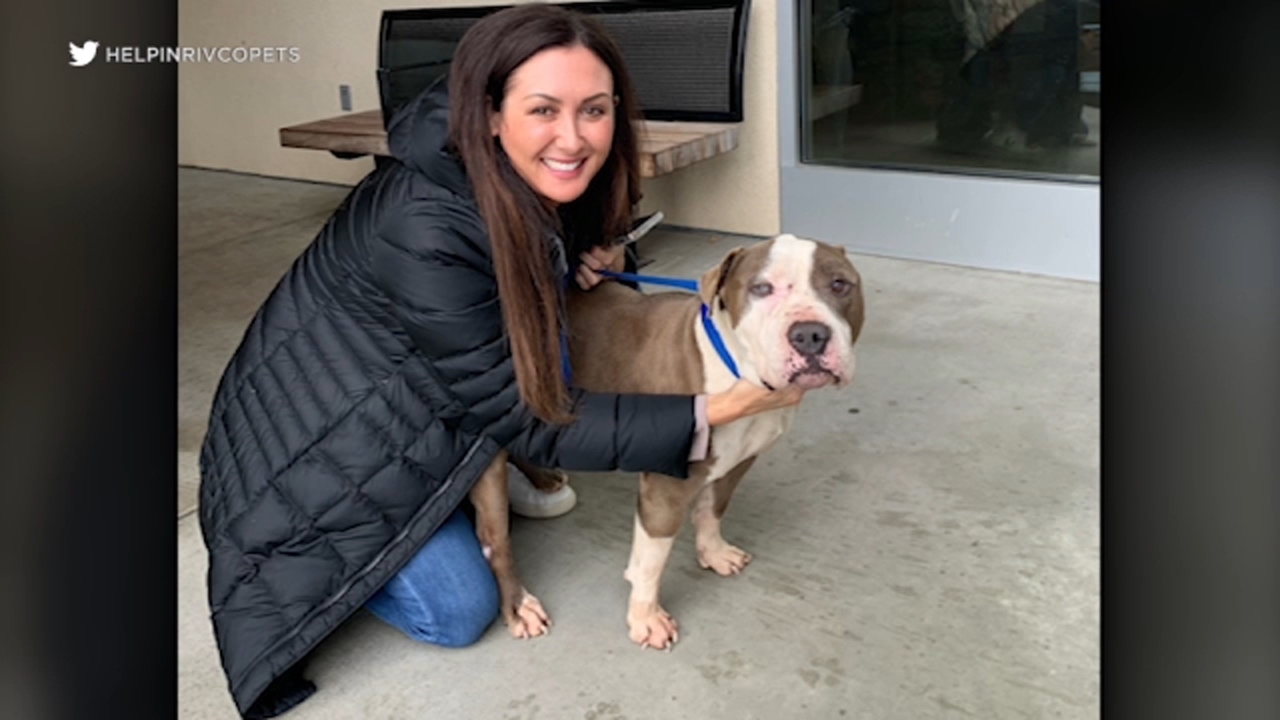 Dog adopted after being tossed over razor wire in Riverside County 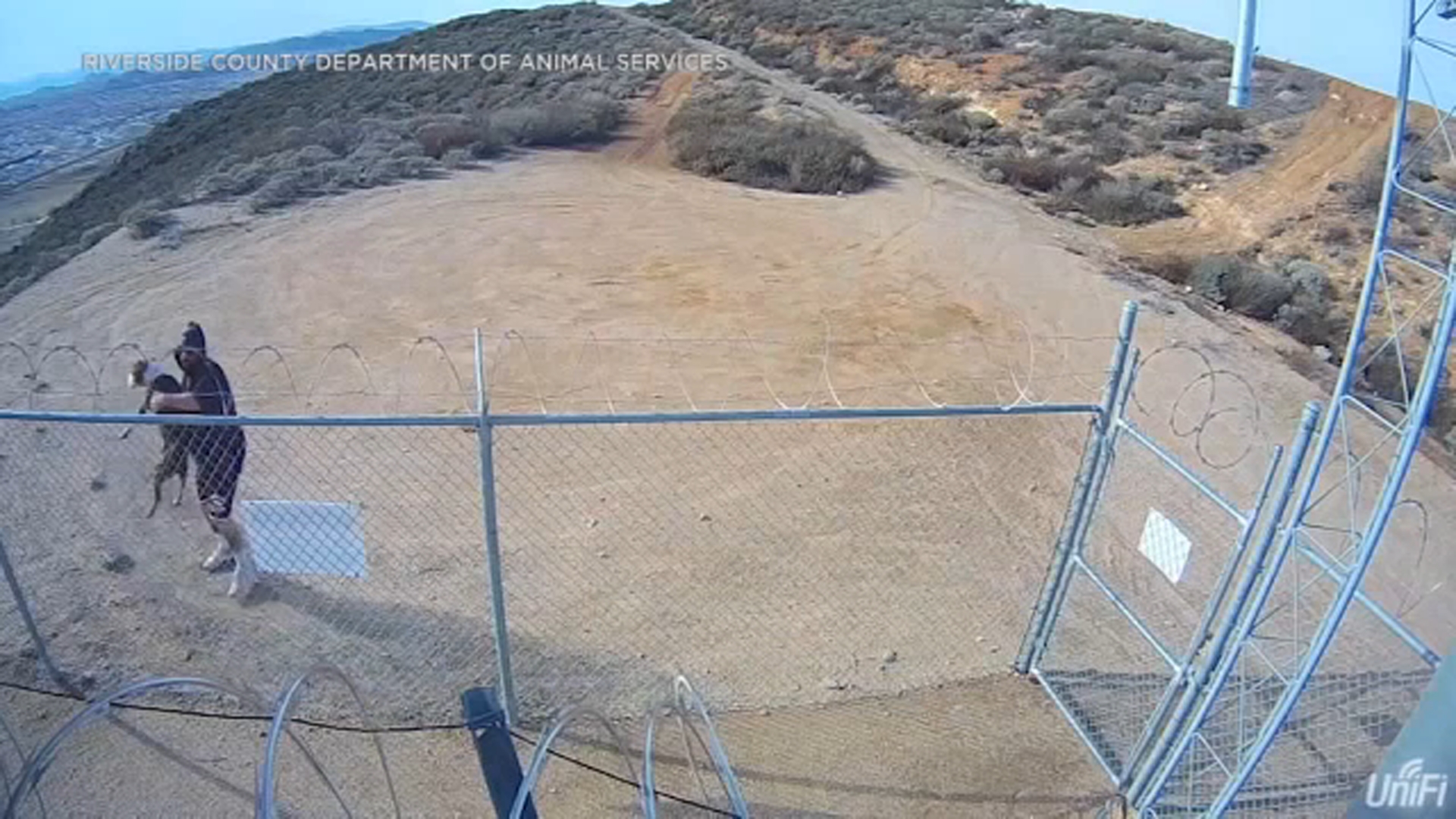