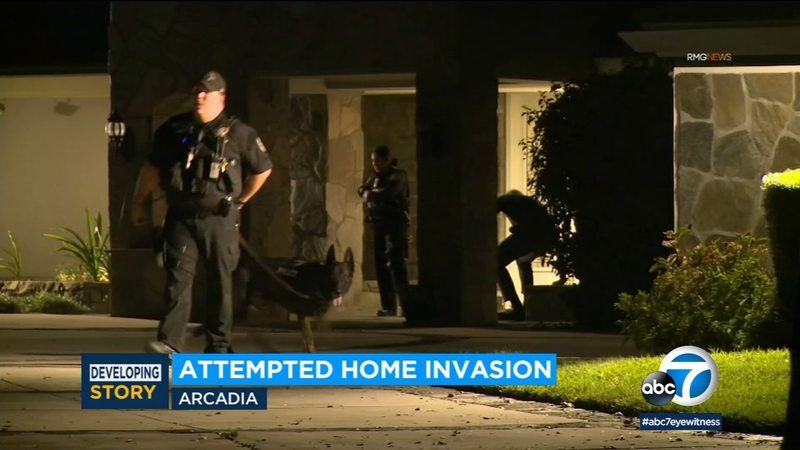 ARCADIA, Calif. (KABC) -- An investigation was underway after a resident in Arcadia reportedly fired shots at three suspects who allegedly broke into his home Tuesday night.

Officers responded to the home on the 1400 block of Glencoe Drive around 7:15 p.m. after the resident said he "interrupted a burglary and saw three suspects" inside, according to the Arcadia Police Department.

The resident told police he exchanged gunfire with one of the suspects, but officials added that there was no evidence to confirm that.

The suspects were last seen running southbound on Glencoe Drive but remain outstanding. They were described as possibly white or Hispanic males wearing hoodies.

Nobody was injured in the incident.