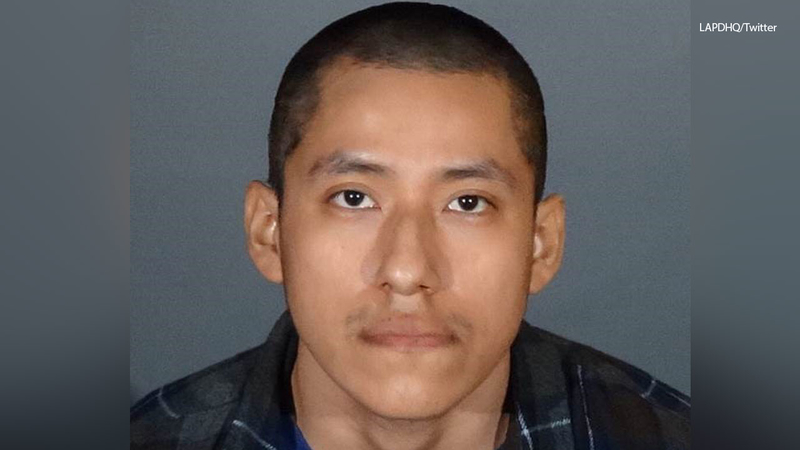 ECHO PARK, LOS ANGELES (KABC) -- Police arrested a 22-year-old man in connection with the sexual assault of a woman who was attacked while she slept in her Echo Park home.

Andres Pascual is under arrest for burglary and rape, authorities announced Tuesday. He surrendered to Rampart Division desk officers on Friday.

Pascual is accused of breaking into a woman's Echo Park apartment in the 1800 block of Sunset Boulevard and sexually assaulting her while she was sleeping.

Los Angeles police are looking for a man who broke into a woman's apartment in Echo Park and sexually assaulted her while she was sleeping.

The Los Angeles County District Attorney's Office on Tuesday filed one count of first-degree residential burglary and one count of rape of an unconscious person.