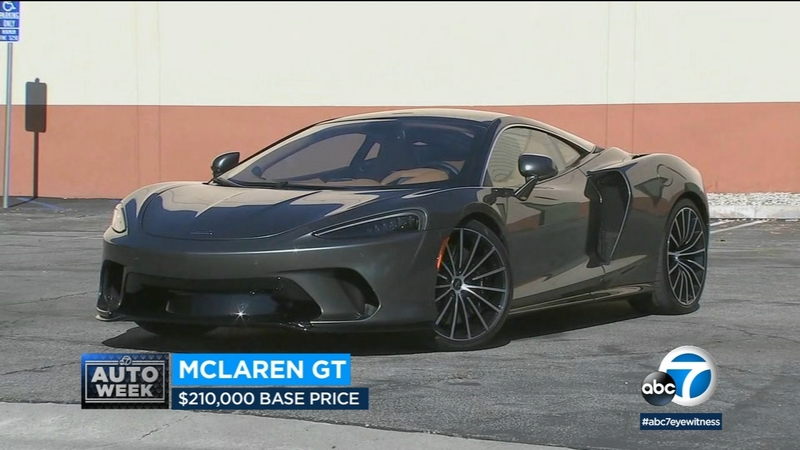 Exotic sports cars being used as everyday means of transportation

LOS ANGELES (KABC) -- A sleek, expensive exotic sports car zooming around the streets of Orange County. Something the fortunate owner of this 2019 Ford GT should save for perfect sunny Saturdays, right? Not necessarily.

"Ford wanted this car to win LeMans, and it did. And yet, a very similar version from what won LeMans is what I'm driving. And it drives every day just like a real car," says Karl Brauer, Executive Analyst with the shopping site iseecars.com.

Brauer is an automotive journalist and enthusiast, and ordered his Ford GT supercar new. He drives it religiously, just like he did with his previous-generation Ford GT.

His enthusiasm for the first one were part of the reason he made it through a vetting process at Ford to buy the new one.

No longer the fragile temperamental beasts they were decades ago, there's a new generation of these ultimate sports cars that can do it all.

Acura really got the ball rolling 30 years ago by bringing out the original NSX for 1991.

"I like the fact that Honda, Acura, wasn't prepared to make an exotic sports car until they could make one that was as reliable and functional as their Civics and Accords," says Brauer.

The latest Acura NSX, which debuted in 2016 is both amazingly fast, and surprisingly efficient, with standard hybrid power.

It can be driven as sedately as anything else from Acura. Most NSX's are built to order, at a starting price of just under $160,000.

Audi jumped into the game over a dozen years ago with the mid-engine exotic R8 model. They too proved that a super sports car could be as easy to live with as any of their other models.

The second-generation R8 offers amazing driving thrills, with sublime comfort inside, even in traffic. The current R8 starts at about $170,000.

The name McLaren may sound familiar from decades of racing, and of late, a variety of exotics for the street.

Their current GT, "grand touring", model is arguably their most civilized, relatively comfortable, quiet on the road, and offers a spacious rear luggage compartment. The price of the car is also "grand" at a cool $210,000 before options.

One of the reasons a supercar can be so reliable as a daily driver these days is because engines are so much better overall. From the cheapest economy cars, to the ones that do endurance racing, the technology has improved so much.

As that technology evolves, don't be surprised to see more exotics going with hybrid or even pure electric power. Living large, but with a smaller carbon footprint.