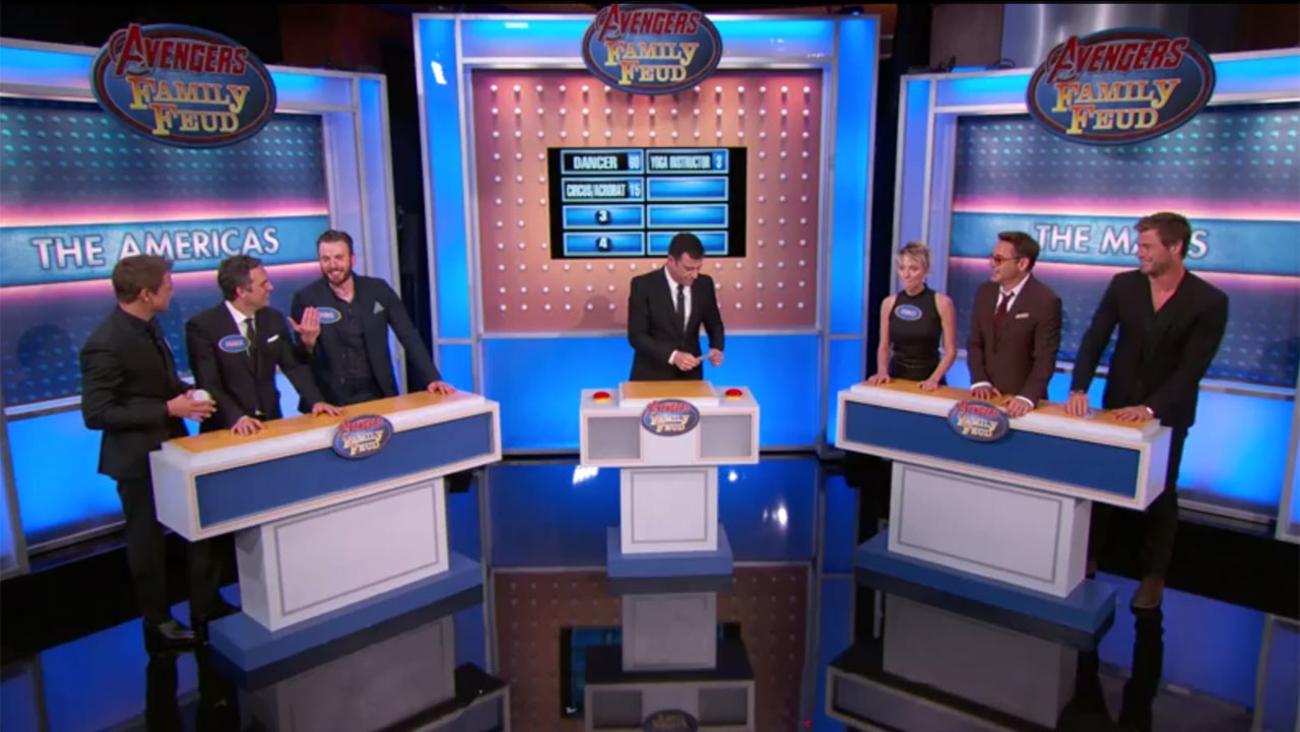 When the cast of the "Avengers" assembled for Jimmy Kimmel Live Monday night, they broke into two teams to play Family Feud. Needless to say, this was not a typical few rounds of the game show.

The teams pitted "The Americas" versus "The Mans." On the first team was Chris Evans (who plays Captain America), along with Jeremy Renner (Hawkeye) and Mark Ruffalo (the Hulk). On the "Mans" team was Robert Downey Jr. (Iron Man), along with Scarlett Johansson (Black Widow) and Chris Hemsworth (Thor). 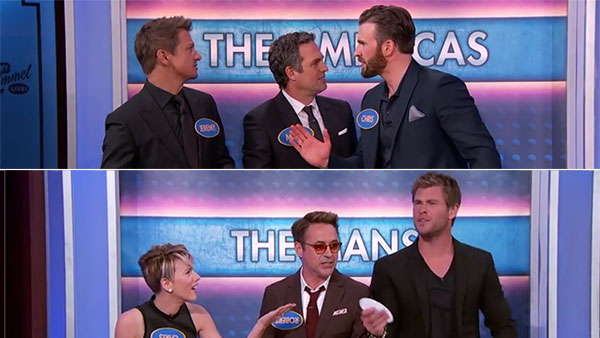 The questions started out innocent enough, with Kimmel asking Evans and Downey Jr. to name something you do in a movie theater besides watching a movie. After "The Mans" won the question by answering "make-out," however, Evans was prompted to protest.

"What kind of show is this?" he asked.

Things only got weirder as the game continued. "The Mans" seemed to have little regard for the rules -- or their name tags -- switching them around and turning them upside down. Downey Jr. answered "yoga instructor" when asked to name a job for which you have to wear tights, and he was so proud of his answer he threw his name tag across the room before even learning whether it was on the board. It was -- barely.

After coming back from a commercial break, the name tag tom-foolery continued. Scar-Jo had managed to pin both of the Chris name tags to her chest, while the Iron Man had retrieved his so he could put it on his head.

"Team Americas" had a chance to redeem themselves when the Hulk himself was asked where a bad place to turn into the Hulk would be. His answer? A telephone booth. Wrong superhero, Ruffalo.

Even though Team "The Americas" didn't get a single point, Kimmel got confused and started to declare them the champions.

"I'm the worst game show host ever," he joked.

Marvel's "The Avengers: Age of Ultron" hits theaters May 15.