Man suspected of starting Ranch Fire in Azusa turns himself in

A suspect accused of starting the Ranch Fire in Azusa is in custody after turning himself in, authorities say.
KABC 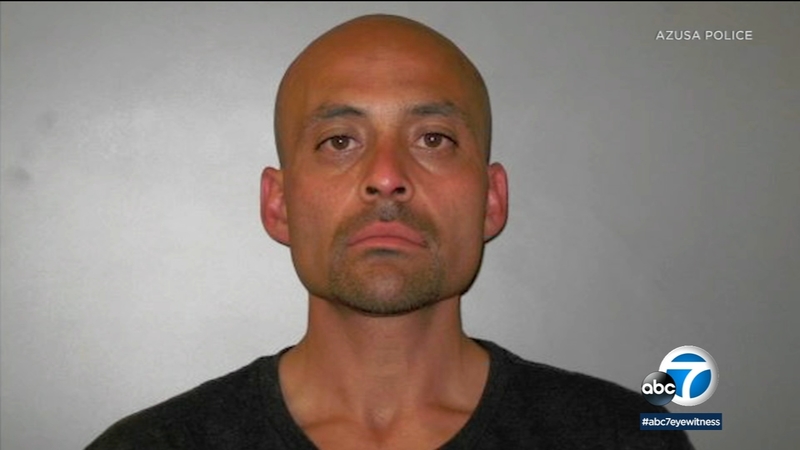 Man suspected of starting Ranch Fire in Azusa turns himself in

AZUSA, Calif. (KABC) -- A suspect accused of starting the 2,500 Ranch Fire in Azusa is in custody after turning himself in, authorities say.

On Friday night, Azusa police identified 36-year-old Osmin Palencia as a suspect in connection with starting the Ranch Fire.

Police said Palencia's last-known residence was an encampment in the Azusa Canyon Riverbed near the area where the Ranch Fire started.

Azusa PD said Palencia is believed to be violent and encouraged the public to "use caution" if anyone sees him.

On Sunday, officials said Palencia turned himself in and was being held at the Azusa police department.

The fire burned at least 2,500 acres but moved away from homes and evacuation orders were lifted Friday.

"Firefighters did a really good job securing the perimeter of the fire closer to homes,'' said Daniela Zepeda of the U.S. Forest Service. That is despite having an army of just 100 firefighters and waiting for reinforcements.
The Ranch Fire, which began about 1:30 p.m. Thursday near San Gabriel Canyon and Ranch roads, prompted Azusa police to announce the immediate evacuation of the Mountain Cove community.

Police identified a suspect in connection with starting the Ranch Fire as residents in Azusa were returning home Friday after evacuation orders were lifted.

Helicopters and crews on the ground worked to prevent the fire from reaching nearby homes, and shortly before 4:30 p.m. Friday, the Los Angeles County Fire Department reported the blaze was growing but "burning away from foothill cities and into the forest.''

The fire spread rapidly in dry conditions, jumping from an initial estimate of 10 acres to at least 3,000 acres by 8 p.m. The acreage was reduced to 2,500 on Friday.

Download the ABC7 Los Angeles app on your iPhone or Android device to get the latest updates on the Ranch Fire.