Body found near Azusa highway amid search for missing man 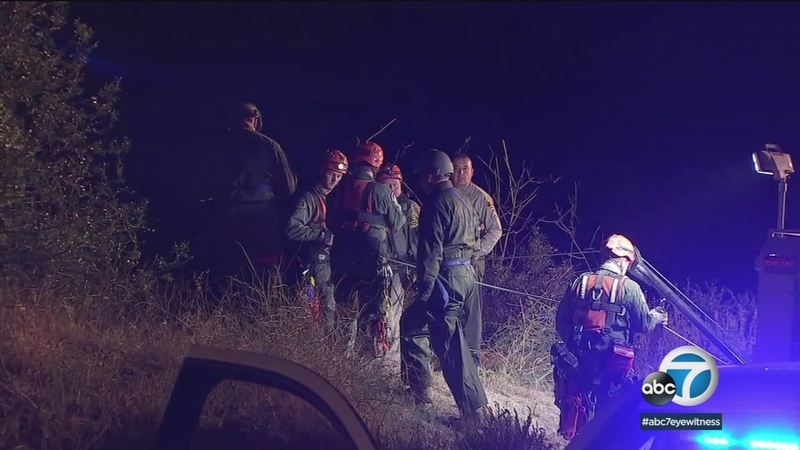 Body found near Azusa highway amid search for missing man

AZUSA, Calif. (KABC) -- A tip led police to a body along a highway in the San Gabriel Mountains on Wednesday, and investigators are trying to determine if it's that of a missing Azusa man.

Detectives responded to the area of Mile Marker 21.91 on Highway 39 at about 6 p.m., where the body of a person, believed to be male, was discovered.

Investigators said it appears the victim, who was found in thick brush over the edge of the road, had been murdered.

Search-and-rescue crews combed the rugged San Gabriel Mountains as they worked to carefully remove the unidentified body. Authorities said a tip led investigators into the mountains.

"A deputy noticed some irregularity in the brush and looked over and about 30 feet down the hillside saw what appears to be a deceased, we believe, male based on the clothing," said Los Angeles County Sheriff's Department Lt. Derrick Alfred.

Officials said it's unclear whether the man was killed at the scene.

The discovery comes amid a search for a man who went missing from an Azusa home where a large amount of blood was found inside.

Deputies responded to a disturbance call around 10 p.m. on Monday night and discovered a trail of blood originating from a room inside the residence at the corner of Goodway Drive and Duell Street.

The trail led out of the home and onto the sidewalk before disappearing.

The missing tenant was also considered a person of interest in the investigation, which included a search along Highway 39.

Detectives were working to determine whether both crimes are connected.

"It's most likely involved with the case we're investigating but until we can get a positive identification from the coroner's office, we can't say that with any degree of certainty," Alfred said.

As for a suspect, detectives will only say they've been talking to people and looking for others, but so far, no arrests have been made.