'Barbershop' returns after 12 years with 'Barbershop: The Next Cut' 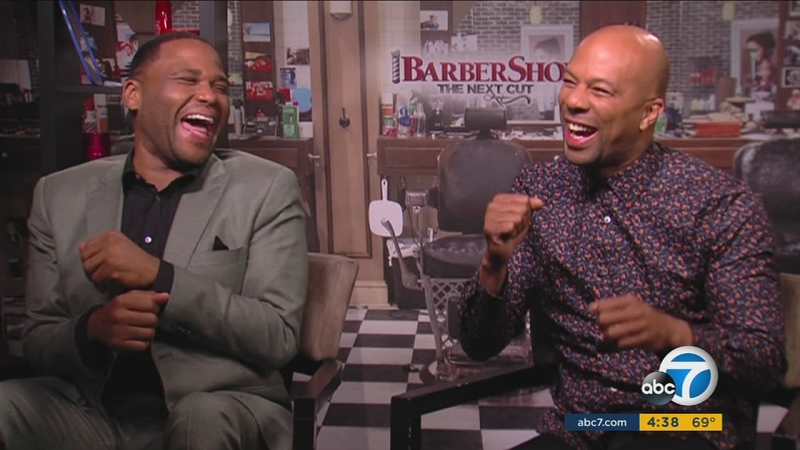 'Barbershop' returns after 12 years with 'Barbershop: The Next Cut'

LOS ANGELES (KABC) -- It's been 12 years since the last movie in the "Barbershop" franchise, and Calvin, played by Ice Cube, is still in business in Chicago.

Only now, in "Barbershop: The Next Cut," Chicago is in crisis with deadly gang violence escalating. The film borrows from the Windy City's real life crime problem.

There's comedy inside the barbershop, but drama outside. Call it a "comedy with a conscience."

"It's the only way we could've done another installment of 'Barbershop,' you know?" said Anthony Anderson, who returns to the role of J.D. "And it's just been the evolution of the movie. We've dealt with the individual problems and now we're dealing with the problems of a community as a whole."

Anderson admitted his character still might not be on the up-and-up and co-star Common agreed.

"That's change," answered Anderson. "He's a little bit more legit now and probably taking advantage of the community probably. But he has made a slight change for the better."