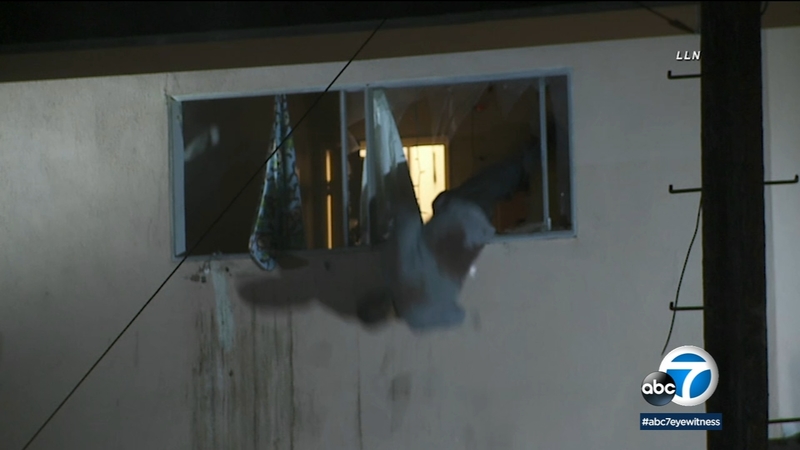 ANAHEIM, Calif. (KABC) -- In the aftermath of a shooting that left one person critically wounded Friday morning in Anaheim, a suspect barricaded himself inside an apartment and later jumped from a second-story window and was taken into custody.

The shooting was reported about 1 a.m. in the 1800 block of Gramercy Avenue, said Shane Carringer, a spokesman for the Anaheim Police Department.

According to investigators, the victim was shot in the face and was conscious and talking while being transported to hospital.

Experts have solved the code in a cipher sent to the San Francisco Chronicle in 1969 by the Zodiac Killer, the elusive figure who terrorized the Bay Area decades ago and killed five people.

A SWAT team responded to the scene, where the suspect eventually jumped out of a broken window and landed on a car.

A K-9 dog pounced on the man, who was then taken into custody by officers.