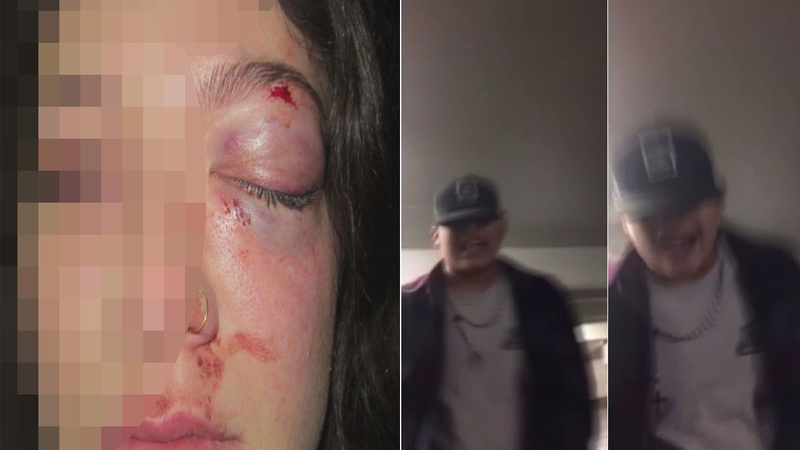 RIVERSIDE, Calif. (KABC) -- Riverside police are looking for a man who punched a woman in the face after she rejected his sexual advances in a parking garage at 3 a.m. on March 12.

The woman captured video of the man on her cell phone. The footage includes what appears to be the suspect dancing in the parking garage during the encounter.

Police say the man and a friend followed the woman and her friends from the 3600 block of University Avenue to her car in a parking garage at 3473 Orange St. around 3 a.m.

He made sexual advances toward her and then, after she rejected him, punched her in the face, police said. A photo released by police shows the woman with significant bruising on her eyes and blood under her nose.

Police described the suspect as a Hispanic male, about 21 to 24 years old, 5 feet 7 inches tall, weighing about 160 pounds. He was wearing a red and gray flannel shirt over a white T-shirt, with dark jeans and a black hat.

Anyone with information is asked to contact Detective David Smith at (951) 353-7103 or davidsmith@riversideca.gov