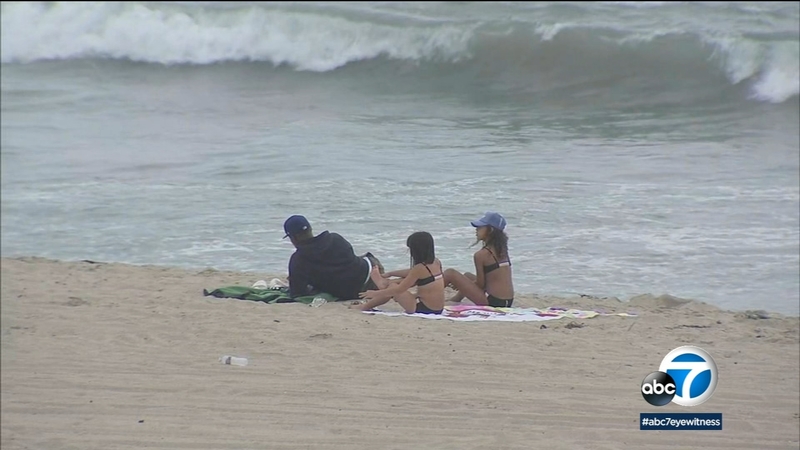 EL SEGUNDO, Calif. (CNS) -- The Los Angeles County Department of Public Health has issued a health alert regarding elevated bacteria levels at several beaches near Dockweiler and El Segundo -- in the area of the Hyperion Water Reclamation Plant, which spilled 17 million gallons of raw sewage into the ocean on July 11.

But at this time, there was no reason to suspect these increases in beach water bacteria are due to the recent sewage discharge at Hyperion, the health department said.

The department advised people to be careful of swimming, surfing and playing in ocean waters around discharging storm drains, creeks, and rivers in the affected areas.

The health department on Wednesday said that no sewage is currently being discharged from the Hyperion plant into the ocean -- but that bacterial levels often fluctuate from day to day and can be impacted by recent rain.

The failure to more quickly notify the public of a 17-million-gallon sewage spill that ultimately closed beaches from El Segundo to Playa del Rey was largely the fault of a division within the Department of Public Health, according to a report discussed by county officials Tuesday.

Other beaches also under advisory include:

Public Health is cautioning residents who are planning to visit several Los Angeles County beaches near Dockweiler & El Segundo to be careful of swimming, surfing, and playing in ocean waters around discharging storm drains, creeks, and rivers.

-- Avalon Beach at Catalina Island (50 feet east of the pier)

These advisories are very likely due to day-to-day fluctuations in ocean water bacteria levels.

Additionally, public health workers have initiated door-to-door outreach to the community impacted by the plant's odors and will continue this activity through Friday.