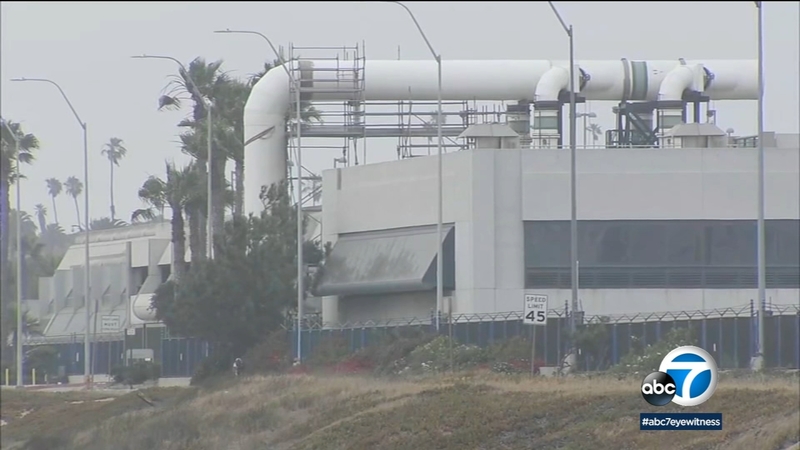 LOS ANGELES (CNS) -- The failure to more quickly notify the public of a 17-million-gallon sewage spill that ultimately closed beaches from El Segundo to the southern end of Playa del Rey was largely the fault of a division within the Department of Public Health, according to a report discussed by county officials Tuesday.

Workers at a plant operated by the city of Los Angeles' sanitation department followed protocol in this "once in a career" event on July 11, and only their extraordinary efforts saved the plant in what the report called a "near miss," the report said.

Personnel there reached out as required to the duty officer at the California Office of Emergency Services.

That state agency shared some of the blame for the county's slow reaction, failing to make the severity of the problem clear to the numerous federal, state and local agencies they are charged with alerting, according to the analysis by Citygate Associates LLC, a public consulting firm.

However, the deputy director of Department of Public Health's Environmental Health Program took full responsibility for the cascade of events that followed the emergency release of sewage, according to a July 19 report.

County Public Health Director Barbara Ferrer offered an apology of her own to the Board of Supervisors and the public Tuesday. Called to answer questions by Supervisor Janice Hahn, Ferrer said her department would be issuing a report of its own to outline changes being made to avoid something like this ever happening again.

According to the Citygate timeline, the OES reached out to the county's Department of Public Health at 8:11 p.m. the day of the spill with an email saying that "most material was contained on site and 'some' had been discharged" into the outfall pipe, giving the impression of a minor event, according to Citygate. That same email was sent to numerous federal, state and county agencies.

However, siloed operations, stale procedures, the lack of a central point of command and coordination within the Environmental Health Program were at the root of the failure to react with more urgency and let residents know about the spill as quickly as possible.

The consultant recommended a number of changes to improve the emergency response of Environmental Health Program personnel together with a requirement for plant officials to immediately inform county agencies of incidents alongside state agencies.

In addition, Citygate recommended redoubling public education efforts to keep debris out of the sewage system, which it called as essential as drinking water and electric power systems.

When the Hyperion Water Reclamation Plant was faced with an unexpected amount of large debris at about 2 p.m. on July 11, workers initially believed they could control the problem without relying on a secondary containment system where waste could be partially treated.

However, as the debris flow rapidly accumulated, staffers were driven out of the headwaters building by "increasingly life-threatening circumstances" before they could open a bypass plate leading to that containment system.

Whether that single move could have prevented the emergency release was not clear from the report.

Workers then installed filters on storm drains within the plant in an effort to catch as many solids as possible and then allow the flow to be pumped to another area inside the plant.

"However, by early evening the flows were so high that approximately 50% of the plant had flooded and the secondary pump system was unable to keep up," the report stated.

At that point, the options were to either allow the effluent to back up into city streets and onto the beach or to discharge the flow into an emergency one-mile offshore pipe for release into the ocean. Normally, even treated sewage is discharged through the five-mile outfall.

The decision to initiate an emergency discharge was made at about 8:10 p.m., according to the report.

Inspectors from DPH's Environmental Health Program notified by the state didn't reach out to the plant via email before arriving at the plant around 9:30 p.m. Shortly thereafter, they realized that a major incident was underway.

Those investigators reported to the next individual in the chain of response, an inspector with Recreation Waters. That person was sick and failed to show up for work the next day, and it wasn't until midday that DPH leadership was aware of the extent of the problem.

DPH employees started posting beach closures midday on July 12 and failed to call county lifeguards, who typically manage that process. Ferrer said it took five hours to effect the beach closures even once her team was fully informed, which she called "completely unacceptable."

No public notifications were made until mid to late afternoon.

As residents complain about the continuing odor from the plant -- which remains in need of repairs -- Hahn said monitoring should continue.

"The after-effects for the city of El Segundo have been horrendous," Hahn said. "I'm still really concerned about our public's health."

The report on the sewage spill is expected to include more detailed recommendations on new procedures and protocols.