Cancer patient recounts being mauled by bear in Lake Tahoe home: 'My screaming didn't frighten him' 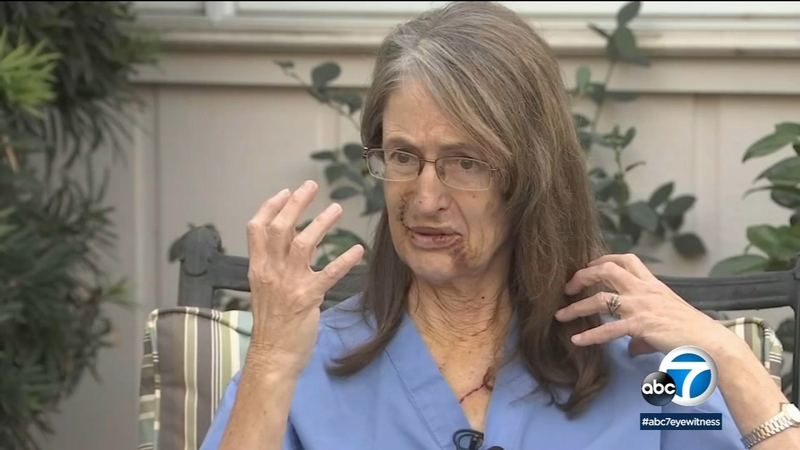 LAKE TAHOE, Calif. -- A 66-year-old Lake Tahoe woman who is battling stage-4 cancer was mauled by a bear inside her home; she recounted the vicious attack in an interview.

"I should be dead, the way the bear swiped at my face and right here," Laurel-Rose Von Hoffmann-Curzi told the Bay Area's KTVU-TV, pointing to one of several scars she received.

Von Hoffmann-Curzi said she was bleeding, scared and screaming as she realized what was happening.

She is fighting stage-4 lymphoma and was isolating herself in her Tahoe home when loud noises from the kitchen woke her up Saturday. That's when she found a bear by her refrigerator, and it immediately attacked.

"He must have come straight at me," she recalled. "I have only a vision of the paw. It was dark and then I'm getting torn up.

John Holden said when he returned home, he quickly noticed a bear on the kitchen counter, scarfing down a bucket of Kentucky Fried Chicken.

"This bear's been in the neighborhood -- he's not afraid of people," she added. "My screaming didn't frighten him."

California Department of Fish and Wildlife say the bear is a danger to people and will likely have to be euthanized.

Officials were able to collect some of the bear's DNA from the woman's injuries, which will help confirm that the when the bear is captured it is the one that was involved in the attack.