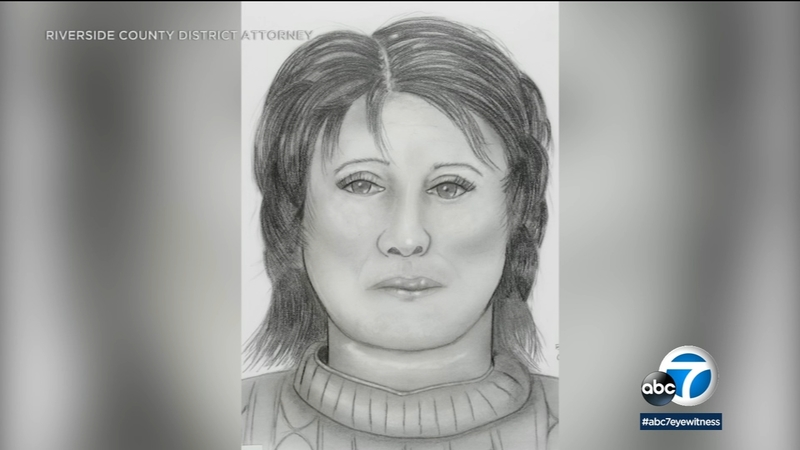 BEAUMONT, Calif. (CNS) -- A murder victim whose remains were located alongside the 60 Freeway in the Badlands west of Beaumont 26 years ago Thursday remains unidentified, leading Riverside County sheriff's cold case investigators to seek the public's help in ascertaining who the woman is.

"Her body was found on the side of the road in a trash pile, and we believe she had been killed at that location (hours earlier),'' sheriff's Master Investigator Jason Corey said. "We're hoping that somebody will come forward and provide us with some more investigative leads and ultimately bring justice for her loved ones.''

The exact cause of the victim's death was not disclosed.

A $60,000 combined reward is expected to be considered to help find the killer of a 16-year-old girl whose body was found alongside the 110 Freeway in South Los Angeles.

Another key clue -- the victim had an abdominal scar indicating she had probably undergone a Cesarean section surgery to give birth.

"There's one child out there who is looking for their mother,'' Corey said.

There were a number of pieces of jewelry found on the woman. They included a gold-colored religious pendant with Jesus on one side and the Virgin Mary on the other, as well as two rings -- one multi-colored, and the other appearing to be an engagement ring.

There was additionally a Japona watch and a necklace with a rose attached, according to investigators.

The case has been profiled previously without generating any new details.

Anyone with information was asked to contact the regional Cold Case Homicide Team at (951) 955-2777.