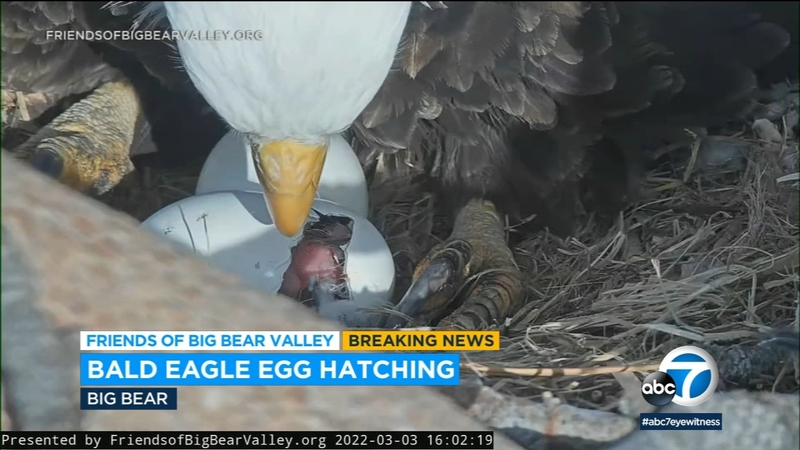 BIG BEAR, Calif. (KABC) -- We have an eaglet! The first of two new eggs from Big Bear's most famous couple - Jackie and Shadow - has finally hatched.

The eaglet took in its surroundings for the first time Thursday afternoon, and it was all captured on video thanks to a livestream provided by the Friends of Big Bear Valley nest camera.

"We have a chick! Shadow was on the nest for the hatching, he is a proud daddy!" Friends of Big Bear Valley posted to its its Facebook page.

Jackie and Shadow's eaglet took in its surroundings for the first time Thursday afternoon, and it was all captured on video.

Adult eagles Jackie and Shadow have been keeping watch over their two eggs since late January, and they even had to hunker down to protect them during a recent snow storm.

There were signs Wednesday that the eggs could hatch at any moment, but it wasn't until just after 4 p.m. Thursday that the first chick completed the hatching process and emerged out of its shell.

Congratulations to Jackie and Shadow!